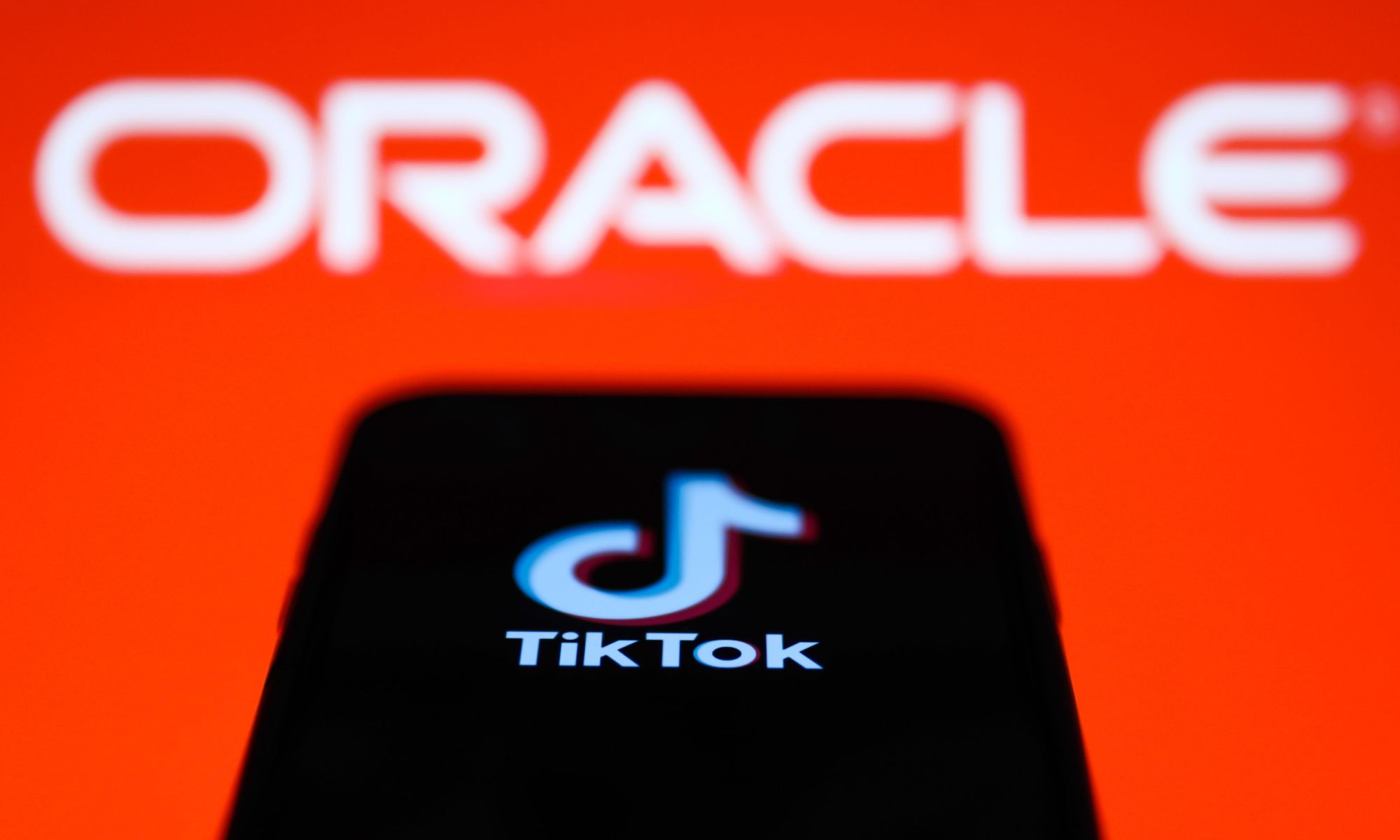 (Bloomberg) — TikTok has abandoned talks with Microsoft Corp (NASDAQ:MSFT). to sell its music-video app in the U.S., favoring instead a business partnership with Oracle Corp (NYSE:ORCL)., people familiar with the talks said.

A deal between ByteDance Ltd., TikTok’s Beijing-based parent company, and Oracle is likely to include a stake in a newly configured TikTok business, but will look more like a corporate restructuring than an outright sale, said one of the people, who asked not to be identified because the information isn’t public.

The terms being discussed with Oracle are still evolving, one of the people said. For example, Oracle could take a stake of a newly formed U.S. business while serving as TikTok’s U.S. technology partner and housing TikTok’s data in Oracle’s cloud servers. Early offers from both parties valued the U.S. business at about $25 billion, but that was before Chinese officials weighed in with new rules imposing limits on technology exports, said people with knowledge of the matter.

Microsoft, which was working with Walmart (NYSE:WMT) Inc., had been seen as the more likely winner but its talks had cooled in recent days, one person said. Microsoft wasn’t asked to make revisions to its initial offer in the face of recent signs of opposition to a deal from Chinese government officials, the person added.

“ByteDance let us know today they would not be selling TikTok’s US operations to Microsoft,” Redmond, Washington-based Microsoft said in a statement on Sunday. “We are confident our proposal would have been good for TikTok’s users, while protecting national security interests.”

Walmart, though, remains interested in making a TikTok investment alongside a consortium of investors led by Oracle. A Walmart spokesperson said Sunday that the company “continues discussions with ByteDance leadership and other interested parties. We know that any approved deal must satisfy all regulatory and national security concerns.”

ByteDance was negotiating bids for TikTok’s U.S. operations under orders from the Trump administration, which has said the company’s Chinese ownership threatens national security. TikTok intends to bring a proposal to the White House ahead of a mid-September deadline imposed by Trump, a person with knowledge of the matter said, and any bid will also need the blessing of government officials in Beijing.

Talk of a corporate restructuring harkens back to ByteDance’s original intentions earlier in the summer to sell a partial stake in TikTok’s operations or restructure the company with a global headquarters and board of directors outside of China. Those aspirations were complicated by U.S. President Donald Trump’s threats to ban the app in the U.S. and subsequent executive orders, which prohibit U.S. people and businesses from doing business with TikTok.

If ByteDance is able to get a deal through the White House that doesn’t involve an outright, forced sale, it would mark a major feat for ByteDance founder Zhang Yiming, who has been reluctant to hand over such a prized asset. But critics question how a technology partnership with Oracle, rather than an outright sale, would assuage the White House’s national security concerns.

“A deal where Oracle takes over hosting without source code and significant operational changes would not address any of the legitimate concerns about TikTok, and the White House accepting such a deal would demonstrate that this exercise was pure grift,” Alex Stamos, former chief security officer at Facebook (NASDAQ:FB), said in a post on Twitter.

It’s unclear whether a deal with Oracle would pass muster with the Trump administration, according to a person familiar with the discussions. Some advisers would prefer shutting down TikTok’s U.S. operations if a sale doesn’t meet their demands for putting the business and related data into American hands.

Microsoft was the early front-runner for the acquisition, having started talks with ByteDance weeks before Trump’s executive orders and believing it had the preliminary framework of a deal the U.S. government could back. But events have been moving away from the software giant in recent weeks.

Oracle, a company with a closer relationship to the U.S. president, emerged as a bidder with the backing of Sequoia Capital, a key ByteDance shareholder.

Buying TikTok would have given Microsoft — which owns the Xbox video-game platform and the LinkedIn (NYSE:LNKD) professional networking site — access to an addictive video-sharing app used by more than 100 million people in the U.S. The app, which lets people record and edit short video clips ranging from lighthearted lip-syncs to more serious political statements, has gained popularity during the global pandemic that’s kept many people cooped up indoors.

For corporate-software giant Oracle, TikTok is a less obvious fit, but makes sense in light of the company’s desire to build up its cloud-computing and consumer-data businesses. TikTok stores massive amounts of data and currently is a large customer of cloud services run by Amazon (NASDAQ:AMZN) Web Services and Alphabet (NASDAQ:GOOGL) Inc.’s Google. A partnership with TikTok also resonates with Oracle Chairman Larry Ellison’s cheerleading for American tech interests.

Shortly after bids from Microsoft and Oracle were submitted, the Chinese government announced a plan to be closely involved in approval of any deal and opposition to exporting key algorithms needed in the sale. ByteDance appeared eager for a more limited sort of agreement than Microsoft wanted, where it would retain more control, one of the people familiar with the negotiations said.

For Oracle, a deal with TikTok gives the 43-year-old software maker best known for legacy corporate databases a trove of consumer information to bolster an advertising business. Oracle creates profiles of ordinary people and sells them to companies looking to reach specific audiences. The deal also buoys Oracle’s attempts to expand its cloud-computing business, providing a massive network that TikTok could use to run its application and store data via the internet.

Oracle has nurtured a relationship with Trump since before his administration began. In 2016, Chief Executive Officer Safra Catz served on the president’s transition team, and two years later, dined with him at the White House, where she complained about a government contract she deemed unfair, Bloomberg reported. Vice President Mike Pence visited Oracle’s headquarters in Redwood (NYSE:RWT) City, California. Catz has contributed more than $125,000 this year to support Trump’s re-election, according to Federal Election Commission data. And Ellison let Trump use one of his California estates to hold a fund-raiser in February.

In recent weeks, the U.S. president had publicly endorsed the Oracle bid and called Ellison a “tremendous guy.” Trump economic adviser Peter Navarro, who earlier came out against a potential sale to Microsoft and had at one time advocated banning TikTok completely, echoed that endorsement during an August appearance on Fox News.

“If you look at Microsoft versus Oracle, the one thing that separates the two companies with respect to national security is that Microsoft has a large footprint in China,” Navarro said. “Oracle on the other hand has a strong reputation of really putting a great firewall between its operations and China and that’s an important thing.”