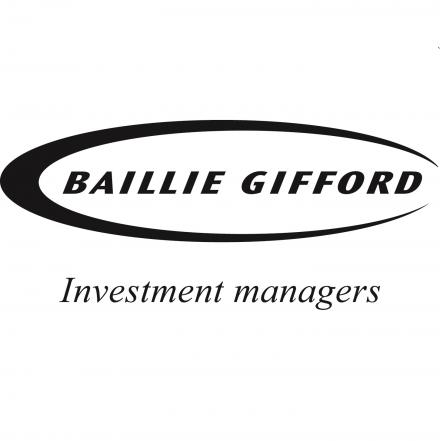 (CNBC) – BEIJING — Global investors are stepping up their bets on Asia, particularly China, regardless of the coronavirus pandemic’s shock to growth or growing geopolitical tensions.

Just this week, Edinburgh-based investment partnership and early Tesla backer Baillie Gifford announced it is increasing investments in China with the expansion of its first overseas office in Shanghai.

“We believe that China’s business model, innovation, has great strength, and will attract global development, so we think the Chinese market is a great opportunity,” Amy Wang, head of China for Baillie Gifford, said in a phone interview Thursday, according to a CNBC translation of her Mandarin-language remarks.

The investment firm is recruiting locally in Shanghai, and three directors will join the office, Wang said. Looking ahead, she said Baillie Gifford plans to tap more Chinese investors through onshore funds. The government, banks and credit institutions in China are already clients, and the firm is in talks with insurers to become investors as well, Wang said.

The firm said it has about $55 billion, or about 17% of assets under management, invested in more than 100 Chinese companies. An announcement Thursday showed Baillie Gifford also participated in a Series C investment round for Chongqing Jiangxiaobai Liquor led by China Renaissance. The spirits company sells a version of local baijiu alcohol popular with many young people in China.

Major investors like Baillie Gifford have long had their eye on China. Even before the coronavirus pandemic hit global growth, many analysts expected China’s economy to surpass that of the U.S. to become the largest in the world in a few years. The Asian giant is already home to the world’s three largest unicorns — start-ups valued at more than $1 billion — according to the Shanghai-based Hurun Research Institute.

The Fortune Global 500 for this year released in August also found that for the first time, more of the companies were based in mainland China and Hong Kong than in the U.S., at 124 versus 121.null

Concerns about the effect of China’s development on the United States have prompted the U.S. government to take a tougher stance against Beijing, beginning with trade and, more recently, technology and finance.

When it comes to U.S.-China capital flows in particular, however, political pressure on both sides and the coronavirus pandemic have stalled cross-border investment. Rhodium Group found in a report released last week that investment flows between the world’s two largest economies in the first six months of 2020 fell to their lowest in nearly nine years.

Greater interest in all things health

Covid-19 first emerged in the Chinese city of Wuhan late last year, before turning into a global pandemic in the first half of this year. Authorities’ efforts to limit the spread of the disease through social distancing measures have contributed to an acceleration of trends that many investors were already watching, such as fresh produce delivery, online education and health care.

Health care investment deal value in Asia for the first three quarters of the year alone is around $10.7 billion, about 26% more than in all of 2019, with China accounting for the bulk of the funds raised, according to financial data firm Preqin. Notable sub-sectors were medical devices and equipment, and pharmaceuticals, the firm said.

Even a rather niche health-related sector like alternative meat is getting more attention. Plant-based food and meat producer Green Monday announced Tuesday it raised $70 million, which it claims is the largest to date for the industry in Asia. TPG’s The Rise Fund and Swire Pacific were among the investors.

“Ironically, Covid actually exposes how fragile and how broken our food system is,” Green Monday CEO and co-founder David Yeung said in a phone interview Thursday. “Now of course in China, African swine fever has already been happening now for more than two years and it has really devastated the hog industry and leading to a sharp increase in pork price affecting inflation and every household.”

The Chinese government is also contributing to some of the latest wave of investment in the country.

On Tuesday, Shanghai-based electric vehicle start-up WM Motor also announced 10 billion yuan ($1.47 billion) in funding, which the company claims is the largest to date in the country’s EV industry.

The automaker said the latest funding round was led by a Shanghai state-owned investor group, includingstate-owned automaker SAIC Motor. State-owned investment institutions from Anhui, Jiangsu, Hubei and Hunan also participated, according to WM Motor, and Baidu and Susquehanna International Group added to their investments in the start-up.