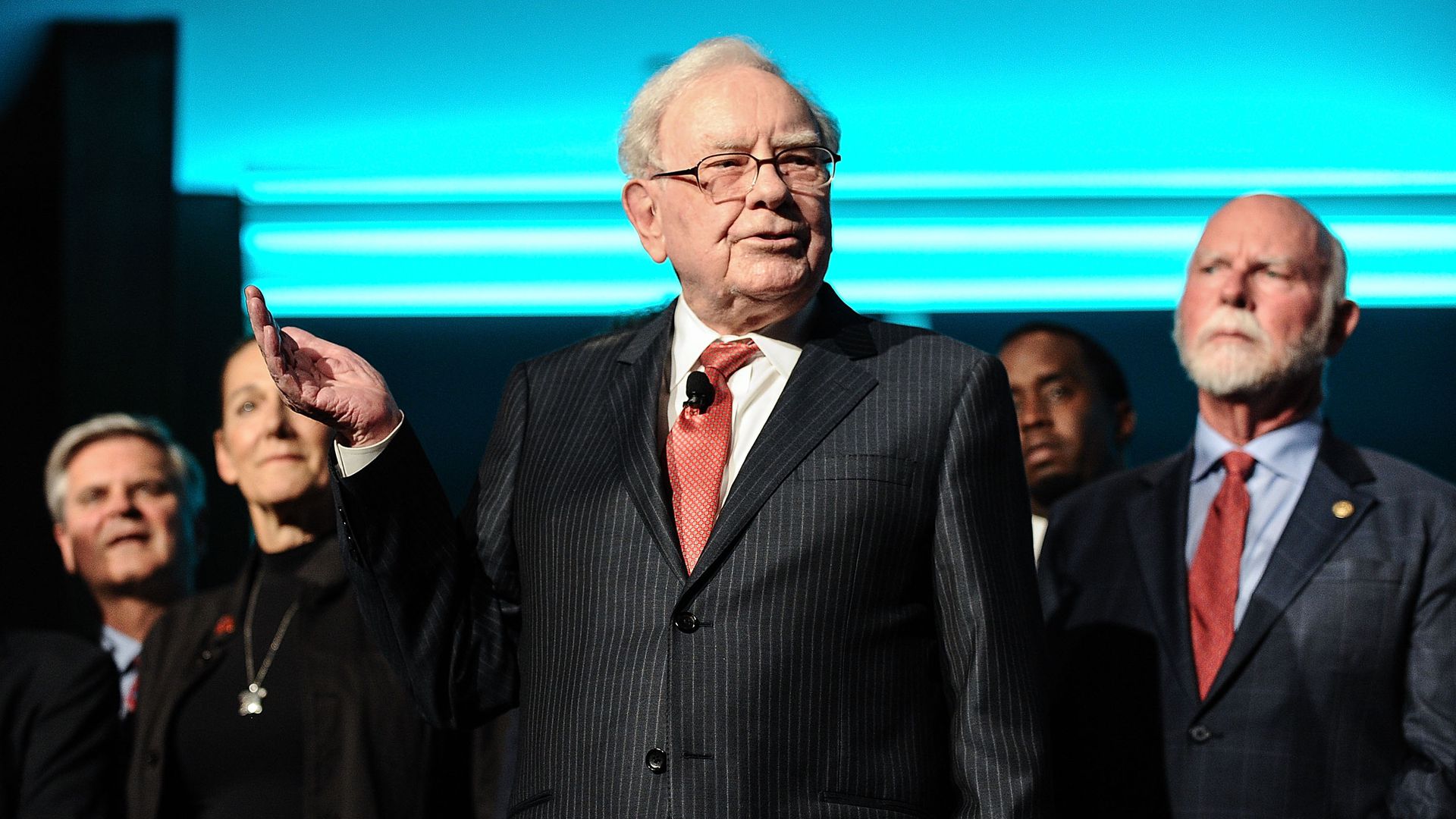 (Guru Focus) – Over the past nine months, Warren Buffett (Trades, Portfolio) has attracted a lot of criticism from investors and analysts for not spending more of Berkshire Hathaway’s (NYSE:BRK.A) (NYSE:BRK.B) massive cash mountain buying coronavirus bargains.

However, this has changed in the third quarter. Buffett has opened his wallet in a big way in recent weeks, and more deals are emerging every day.

As well as the preferred stock issue, Berkshire will get a warrant to purchase as many as 23.1 million Class A Scripps shares at $13 apiece. This could be worth as much as $300 million. It total, it looks as if Berkshire could be committing as much as $1 billion to this deal.

This is just the latest in a string of deals, which suggests Buffett has deployed nearly $20 billion in the third quarter of 2020.

The biggest single deal to date was the group’s 7,700 miles of natural gas transmission pipeline and 900 billion cubic feet of storage from Dominion Energy (NYSE:D). For a total consideration of $9.7 billion, Berkshire paid $4 billion for the infrastructure and $5.7 billion for the debt tide to those assets.

Not only did this deal more than double Berkshire Hathaway Energy’s share of interstate natural gas transmission to 18% from 8%, but it also provided a good place for Buffett to invest $10 billion at a rate of return significantly above what Berkshire would be able to achieve by holding its money in the bank.

The second-biggest deal (in terms of dollar value that we know about) was Berkshire’s decision to deploy $6 billion into Japan’s five largest trading companies: Itochu Corp. (TSE:8001), Marubeni Corp. (TSE:8002), Mitsubishi Corp. (TSE:8058), Mitsui & Co. Ltd. (TSE:8031) and Sumitomo Corp. (TSE:8053). Berkshire took 5% stakes in these firms, and Buffett has said that he’s excited by the opportunities they provide.

Buffett has also been boosting his stake in his favorite U.S. bank, Bank of America (BAC). At the end of July and the beginning of August, regulatory filings with the SEC showed that Berkshire acquired approximately $2.1 billion worth of shares in the banking giant.

Simultaneously, filings have also shown that Buffett has been selling Berkshire’s holdings of Wells Fargo (NYSE:WFC) and other major U.S. banks. These trades suggest he believes Bank of America has a much better future than many of its peers.

The final big Berkshire deal that we know has taken place in the third quarter was the group’s decision to invest around $740 million in cloud data warehousing company Snowflake (NYSE:SNOW). Initial figures suggest Berkshire had doubled its investment here in the first day of the company’s life as a public enterprise.

These are only deals we know about right now. Berkshire could have made many other smaller deals, which have not yet been revealed to the public.

Share buybacks are also likely to have been on the cards for Buffett and his team in the third quarter. Berkshire repurchased more than $4.6 billion of its Class B stock and about $486.6 million in Class A shares during the second quarter of 2020. This is the highest level of repurchases ever from the group, so Buffett is clearly becoming more comfortable buying back stock.

It seems likely to me that we will see more repurchases in the third quarter. Shares in the group have rallied over the past three months, but they’re still trading below the levels Buffett was happy to buy last year.

Not a Premium Member of GuruFocus? Sign up for a free 7-day trial here.

This article first appeared on GuruFocus.