(Insider Monkey) – The biggest logistics companies in the world are evidence that this is a major industry with global implications. While you might think that logistic companies hire many people because of the nature of the work and they’re still small companies with no major impact, you’d be completely wrong. The logistics industry is worth an astounding $8 trillion, and is expected to grow further to above $9 billion in the next 4 years alone. The U.S. logistics industry is estimated around $2 trillion. It is a highly fragmented industry though.

So what exactly is a logistics company? Most people tend to think that logistic companies exist to simply deliver your stuff, but these companies are actually responsible for a lot more. Logistics companies are not only responsible for the storage and movement of goods, but are also intrinsically involved in various levels of supply chain functions. Basically, they are a much, much bigger deal than you think. And the industry is still evolving significantly, especially due to major advancements made in technology which help improve logistics, which have been adopted by the top logistics companies 2019.

You are all probably familiar with Amazon Prime, which is increasingly reducing the time taken to deliver products. While customers are guaranteed delivery in 2 days, Amazon is now aiming to provide goods within a couple of hours of the order being placed, which sounds like a utopia heaven rejected for being too unrealistic. Even the tracking systems have evolved in recent times, and while customers could only trace whether their goods were in transit or waiting to be shipped, they are now aware of the exact location of their package at any time. We’ll soon even have drones dropping off goods, another innovation which has been pioneered by Amazon.

Barely any industry has escaped the effect of the Covid-19 pandemic, and the logistics industry has also faced the ire of the pandemic. Supply chains across the globe have been severely affected as restrictions and lockdowns came into force. And anyone working in the industry knows that even if one cog in the supply chain gets affected, everything can be ruined and entire plans can go bust. The biggest issue faced by logistic companies is the restriction on travel unless absolutely necessary. Many countries closed their borders to other countries and didn’t allow any flights to and fro unless it was for the repatriation of stuck citizens. If logistic companies are unable to enter the country where they need to provide the product or service, then their entire purpose of existence is nullified. While there are no reliable studies on the exact effect on the industry, it is likely to be significant. And considering the fact that some of the biggest logistic companies hire tens of thousands of employees, and even hundreds of thousands for some companies, the effect on unemployment may be devastating as well. After all, 40 million people filed for unemployment in the US during the pandemic.

On the other hand, some supply pressures were also felt by companies as customers began panic buying in an attempt to stock up before lockdown or before things got worse, resulting in shortages of various products across the globe. There are some other added benefits too as the supply of essential items has increased, while task forces are being created to negate the effect of the pandemic on the supply chain.

Sinotrans is a company founded in 2002 in China, and was listed just a year after it was founder. Over the years, it has merged with other companies as well and is one of the biggest logistics companies in China. It is one of the few companies here to serve only only country, though it helps that it is the biggest country in the world by population.

While the company was founded in the UK, its headquarters are in Switzerland, because who wouldn’t choose Switzerland if they had the option. In was later acquired by the French company CMA CGM Group, which holds around 98% of CEVA’s shares.

C.H. Robinson has net sales over $2.7 billion and assets worth over $4 billion, earning it a place on the list of top 10 logistics companies in the world 2019, providing several services including but not limited to brokerage, warehouse and of course, transportation. The company provide around 18 million deliveries annually, and has tailor made solutions for even the most complex logistic issues, which is perhaps one of the reasons why it has over 100,000 customers as well.

While its sales may not match those earned by XPO Logistics, UPS employs close to half a million workers, which allowed it to make the list of top logistics companies in the world 2019, and is probably the most famous logistics company in the world, operating in over 220 countries internationally. Even though it has been affected by the pandemic, UPS actually had a better second quarter than anticipated, raising stocks further.

DSV is a Danish company, as the name suggests, and offers transport services via air, sea, road, warehousing and rail freight. The company is present in more than 80 countries and is listed on the stock exchange in Copenhagen. It is unique in the sense that it does not own any airplanes or ships, and even maintains a minimal fleet of road vehicles to reduce fix costs and increase profits. The companies revenues were 12.7 billion Euros in 2019 and has a strong presence in North America, South Africa and of course, Europe itself.

Nearly doubling the sales earned by DHL is XPO Logistics, even though it operates in only 30 countries. However, it caters to the biggest companies include 69 companies of the Fortune 100. In total, it manages supply chain for nearly 50,000 customers and has over a hundred thousand employees, which coupled with the fact that it only has operations in 30 countries, shows its presence in those countries.

A Japanese company also makes the list of biggest logistics companies in the world, in Nippon Express, which is based in Tokyo and listed on the Tokyo Stock Exchange as well. It is more famously known in Japan as Nittsu, which is a name used by many of the company’s subsidiaries as well. It is one of the oldest companies in our list, having been founded in 1937. 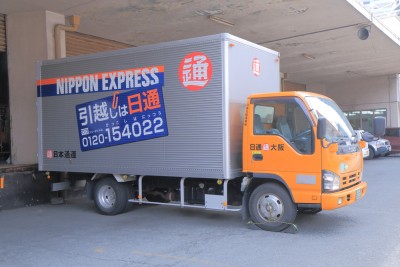 DB Schenker is one of the biggest logistics companies in Germany, where it is a division of Deutsche Bahn AG, which is the German rail operator. Deutsche Bahn AG is owned solely by the Federal Government of Germany, and DB Schenker has different divisions for sea, air, freight and land, in addition to contract logistics. The company has hit the new in 2020 because of being accused of unfair price dumping during the coronavirus.

The oldest company in our list, having been founded in 1890, Keuhne + Nagel is a behemoth in Germany and at one time, back in 2010, actually accounted for around 15% of the world’s sea and air freight business, and was the number one logistics companies in the world. However, it has now been usurped by our number one pick. It has more than 1,300 offices in over 109,000 countries.

A subsidiary of a German company, DHL is known worldwide for its courier services, and delivers an amazing 1.3 billion parcels annually, cementing its place at the top of the top 5 logistics companies in the world 2019. It has a truly global presence, and chances are, that it provides services in your country. I live in Pakistan, and DHL is one of the top logistics companies here as well. It was founded back in 1969, and has grown from strength to strength since.