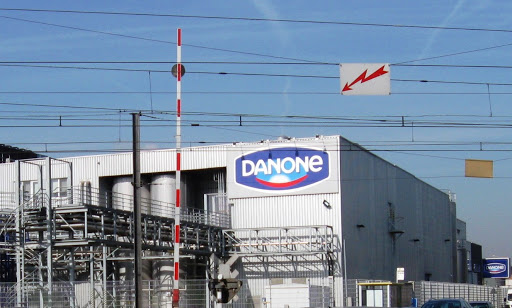 (Bloomberg) — Danone is reviewing its entire portfolio for underperforming assets in Chief Executive Officer Emmanuel Faber’s biggest shakeup of the French yogurt maker, whose shares are languishing near a six-year low.

The company is putting the Vega protein powder brand up for sale as well as a unit in Argentina, getting rid of businesses that contribute 500 million euros ($585 million) to revenue. The stock rose as much as 1.8% in Paris.

Two weeks after raising 470 million euros by selling a stake in Japanese beverage maker Yakult Honsha Co. and ending a two-decade alliance, Faber is set to divest even more businesses. To facilitate that, the company is shifting to a system of management focused on geography rather than product groups. Danone announced the measures Monday as it reported a 2.5% drop in third-quarter revenue, on a like-for-like basis.

Danone is reaching for more drastic measures after struggling for years amid a competitive grocery market in Europe, rising milk prices and upstart competitors such as Chobani in the U.S. The company has lost about a quarter of its market value this year. Chief Financial Officer Cecile Cabanis is leaving in the management shakeup.

“Danone is way behind the curve,” said Duncan Fox, an analyst at Bloomberg Intelligence. “It’s been several years of slow growth. The company may need to resort to larger asset sales across its categories for a year of transition in 2021.”

Juergen Esser, currently CFO of Danone’s bottled water business, will replace Cabanis, who leaves in February after 16 years at the company.

“Today we are clear that we have the right categories,” Cabanis said in a call with reporters. “It will be a profound and granular review of assets.”

Danone said it’s naming Shane Grant as a regional CEO for North America and Veronique Penchienati-Bosetta as CEO for Europe and the rest of the world. Henri Bruxelles will become chief operating officer.

The company withdrew its guidance for this year in April as the slump in tourism and restaurants weighed on its bottled-water business. Monday it gave a new forecast for a 14% recurring operating margin and 1.8 billion euros of free cash flow this year.