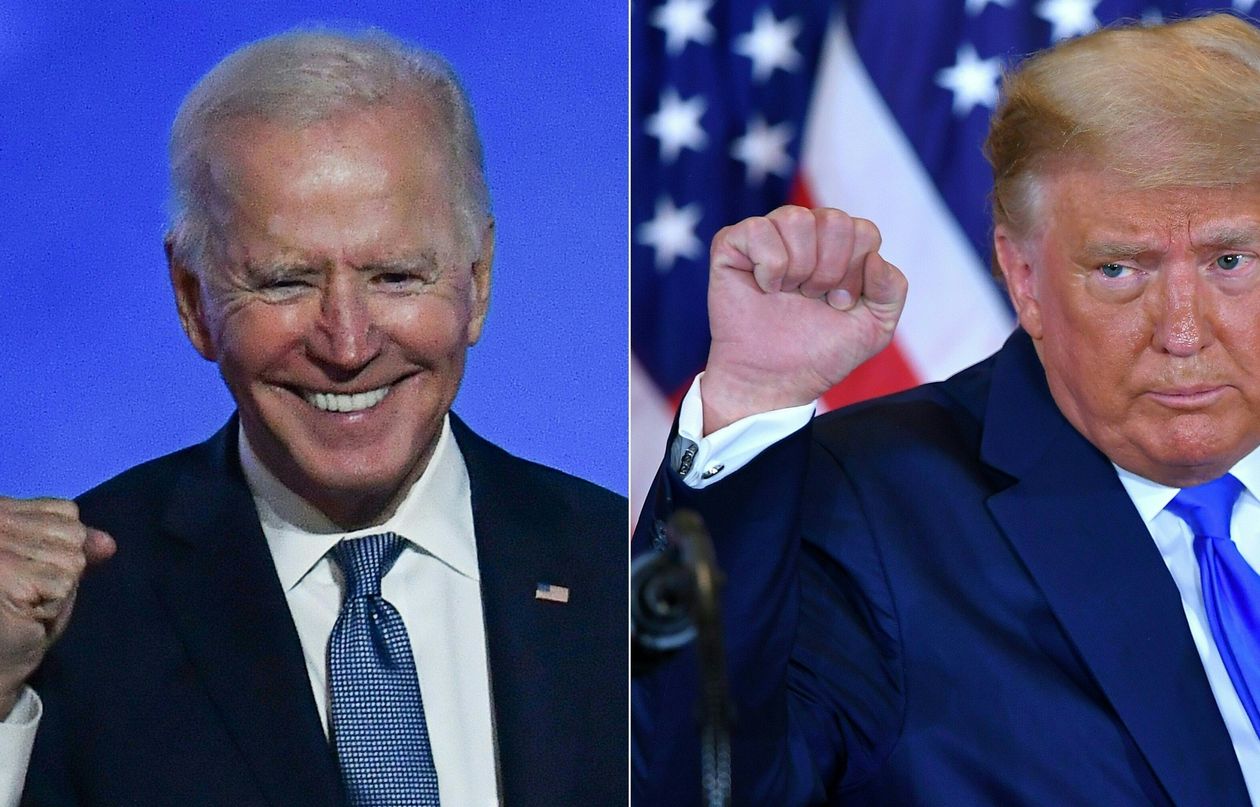 (Market – Watch) – Joe Biden on Thursday looked like he was closing in on becoming U.S. president-elect, while President Donald Trump’s campaign had launched challenges to voting results in several states.

Two days after polls closed, the victor in the White House race was still not determined, but the Democratic challenger had a 264-214 lead over Trump in Electoral College delegates. It takes 270 to win.

For Trump to triumph, the Republican incumbent would have to run the table on the four swing states left to be called: Georgia, Nevada, North Carolina and Pennsylvania, while Biden just needs to win one of those battlegrounds.

See: Here’s what we know about the states whose Electoral College votes haven’t been called

Election officials in Georgia, where Trump has been slightly ahead, were expected to provide an update on their tallies around 10:30 a.m. Eastern Time Thursday. Nevada, where the former vice president has been in the lead, have tweeted that they will give an update around noon Eastern.

Trump was pushing back through lawsuits and other means. His campaign filed a lawsuit in Michigan demanding access to locations where ballots are being counted. It wants to review ballots that have already been opened and processed, the Associated Press reported. Suits were also filed in Georgia and Pennsylvania, and the campaign said it would ask for a recount in Wisconsin.

In the battle for control of the U.S. Senate, Republicans beat back challengers in several states that Democrats had hoped to win, leaving Democrats increasingly looking short of the gain needed to take the chamber.

What the News Means for You and Your Money

Get the tools you need to succeed in the market, with real-time market data, news, and analysis from MarketWatch — one of the most reputable brands for personal finance, business, and market news. Become a MarketWatch subscriber today.JOIN NOW: $1 FOR 4 WEEKS

“While the potential legal challenges to the results will loom, the market seems content to price to what appears the net result: Biden in the White House and a divided Congress,” said Ian Lyngen, head of U.S. rates strategy at BMO Capital Markets, in a note on Thursday. He also said there are “building expectations the election outcome will be called (for the first time) by this weekend.”