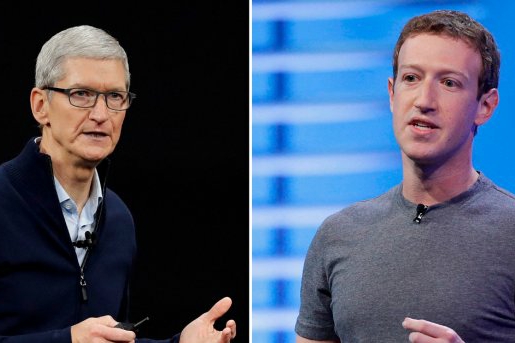 (Inc.com) – When Apple announced in June that it would start requiring apps to ask for permission before tracking users, it was applauded by privacy advocates. The idea was that if you wanted to gather and monetize the personal information of the people who use your apps, you can, you just have to be transparent about it, and ask first.

Taken in conjunction with the recent requirement that apps provide detailed information about the data they collect and share, the forthcoming iOS 14 feature is a positive step if you care about protecting privacy. Sure, it will make it harder for digital advertising platforms like Facebook to target ads to users based on their online activity, but it’s hard to argue that transparency is a bad thing.

That doesn’t mean Facebook didn’t try. The company took out two full-page print ads in three of the largest newspapers, accusing Apple of being anti-small-business, and a threat to the “free internet.” I’ve written about the ads, and the overall response to them, so I won’t go over that here.

In the midst of the battle between Facebook and Apple over privacy, it would have been easy to miss what I think is a much more important piece of the story. I think the response from Apple’s CEO, Tim Cook, is the most interesting aspect and is an example for every leader.  In fact, I think his response is maybe the best example of emotional intelligence I’ve ever seen.

Emotional intelligence is the ability to recognize your emotional reaction to something, evaluate the thoughts that led to those emotions and make intentional choices about how you respond. People with low emotional intelligence tend to skip that middle step, and instead respond from their emotions, often to the detriment of themselves and the people who depend on them.null

That goes for CEOs just as well as it does for anyone else. In fact, it might even be harder to exhibit emotional intelligence when your company is under attack in a very public way. Never mind that if you run an enormous company that directly affects the lives of billions of people, it would be easy to get irritated and frustrated when a competitor goes to such effort to misrepresent your position and your actions.

In this case, the response didn’t come from a corporate PR statement. It wasn’t tweeted from a generic, faceless, company account. This was from the CEO of the most valuable company on earth, Apple, directly responding to an attack from another multi-billion-dollar corporation, Facebook, whose founder and CEO is the fifth richest person in the world.

We’ve seen CEOs respond on Twitter before. It doesn’t always go well. Sometimes it only ends up making the situation far worse.

Cook, on the other hand, is known to be an extremely reserved and collected communicator. He doesn’t tend to get involved in public spats.

No offense to Cook, but his public statements are usually quite ordinary. His Twitter account, in particular, is a series of posts about Apple’s products, its commitment to various causes, or other company announcements. When Cook says, “Facebook can continue to track users across apps and websites,” it just has to “ask for your permission first,” that’s about as much of a burn as you’re going to get.

That he got involved in responding to Facebook tells us how important privacy really is to Apple. It matters enough for the CEO to set the record straight.

More importantly, however, it’s a perfect model for how to respond when you’re under attack. Here’s why:

Facebook used almost 1,000 words between the two ads, and spent a lot of money to get them in front of people. It created a doomsday scenario where small businesses–and the internet as we know it–will collapse under the weight of Apple’s change to iOS 14. It painted a picture of a big mean company that was about to force users to make a change that would be bad for everyone.

Cook, on the other hand, used only 47 words to respond. He did it on a free social media platform where, as of the time I’m writing this, it had been “liked” over 110,000 times.

In that short response, he wasn’t angry, or argumentative. He didn’t insult anyone, and he didn’t overdramatize anything. Instead, he responded personally, stated what Apple believed, explained why it matters to users, and clarified what would actually change. That’s exactly the way every leader should respond when under attack.