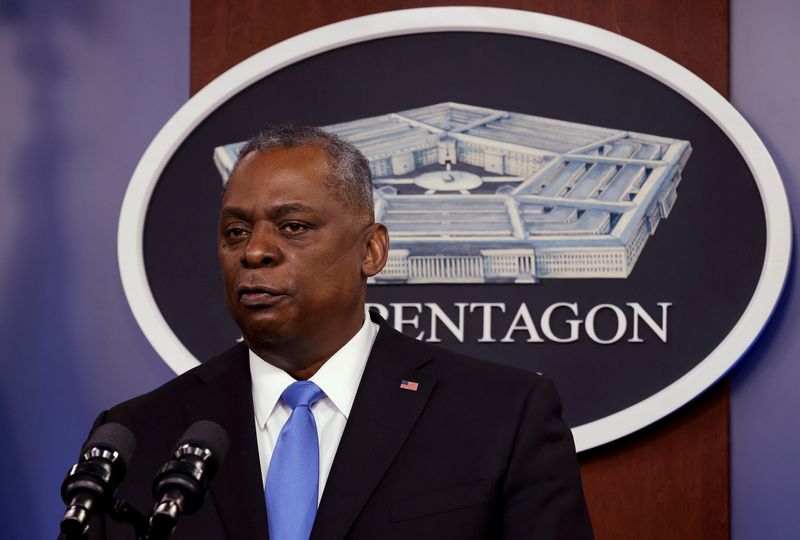 WASHINGTON (Reuters) – The United States will do what it views as necessary to defend its interests after a rocket attack against Iraq’s Ain al-Sada airbase, which hosts American, coalition and Iraqi forces, U.S. Defense Secretary Lloyd Austin said on Sunday.

Speaking on ABC’s “This Week” program, Austin said the United States was urging Iraq to quickly investigate the incident and determine who was responsible.

“We’ll strike, if that’s what we think we need to do, at a time and place of our own choosing. We demand the right to protect our troops,” he said, adding that Iran would have to draw its own conclusions if and when the United States acts.U.S. will do what’s necessary to defend itself after attack in Iraq, Austin says2