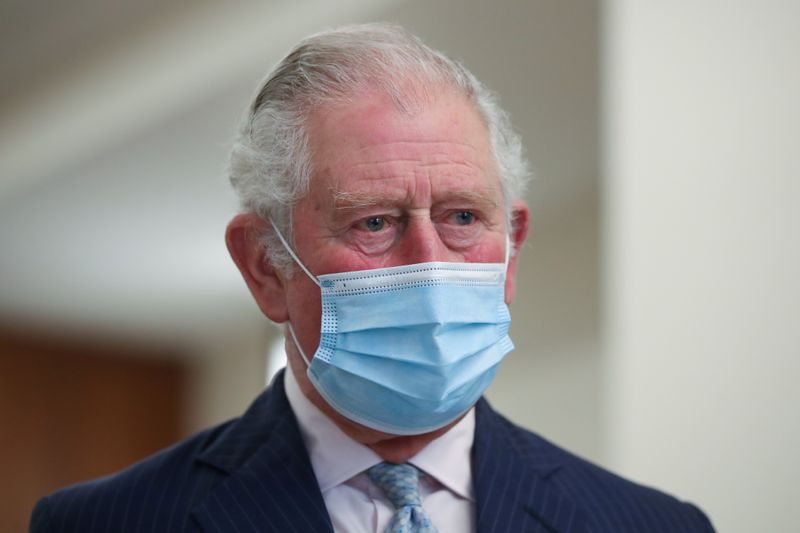 LONDON (Reuters) – Britain’s Prince Charles paid tribute to the courage shown throughout the Commonwealth in response to coronavirus in a broadcast that will air on Sunday, hours before Prince Harry and Meghan talk about stepping down from royal duties on U.S. television.

The prince was joined by other royals, including his elder son and heir Prince William, in talking about the impact of COVID-19 in messages recorded for a programme marking Commonwealth Day dedicated to the countries, mainly from the former British empire, that maintain links with Britain.

“The coronavirus pandemic has affected every country of the Commonwealth, cruelly robbing countless people of their lives and livelihoods, disrupting our societies and denying us the human connections which we so dearly cherish,” Charles said in the message.

“Amidst such heartbreaking suffering, however, the extraordinary determination, courage and creativity with which people have responded has been an inspiration to us all.”

The prince’s message will feature in the programme on British television on Sunday hours before an interview with his younger son Prince Harry and Harry’s wife Meghan is shown in the United States.

Excerpts of the pre-recorded Oprah Winfrey interview have shown Meghan, 39, saying she is “ready to talk” about her experience of marrying into Britain’s royals in 2018.

The queen’s grandson and his wife stunned the royal family in January last year by announcing they would step down from their official royal roles to forge a new, independent life in California.

The split was confirmed last month, and, in the last week, the couple and Buckingham Palace have engaged in an increasingly bitter war of words, amid claims of lies, bullying and smears.

It also comes as the queen’s 99-year old husband Prince Philip is in hospital in London after undergoing a procedure to treat a heart condition.

Commonwealth Day is usually marked with a service held at London’s Westminster Abbey, but it was cancelled this year due to the pandemic.

It will be replaced by a special programme – A Celebration for Commonwealth Day – which will be broadcast on BBC One at 1700 on Sunday.UK’s Prince Charles hails ‘courage and creativity’ in Commonwealth’s pandemic response