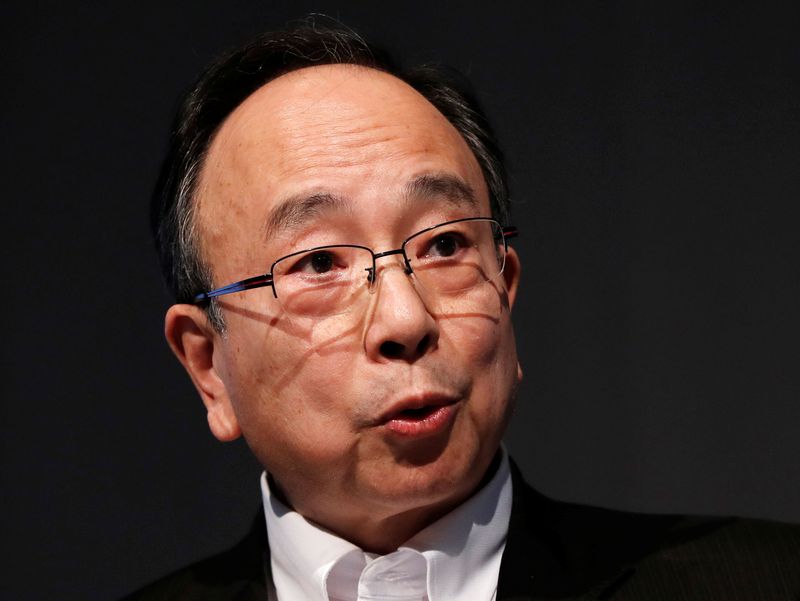 TOKYO (Reuters) – Bank of Japan Deputy Governor Masayoshi Amamiya said on Monday the central bank must focus on keeping the entire yield curve “stably low” for the time being, as the economy continues to suffer from the coronavirus pandemic.

But he also said he personally felt bond yields should be allowed to move more around the BOJ’s 0% target “as long as it does not diminish the impact of monetary easing”.

The BOJ’s policy review in March will discuss how to balance the need to keep borrowing costs low and minimise the demerits of prolonged easing, such as a deterioration in bond market functions, he said.

“A big fluctuation in interest rates could have undesirable consequences. But when it’s limited to a certain range, it’s possible to enhance bond market functions, without diminishing the monetary easing effect of our policy,” he said in a speech.

Amamiya said there was no change to the BOJ’s view that excessive declines in super-long interest rates hurt margins of pension funds and insurers.

But he said the BOJ’s near-term focus was to keep bond yields stably low, echoing comments made by Governor Haruhiko Kuroda on Friday.

“At the current juncture, it’s important to keep the entire yield curve stably low … as the economy suffers the blow from the coronavirus pandemic. For the time being, we need to guide yield curve control with this point in mind,” Amamiya said.

“Some market players think the BOJ can’t and won’t ease policy further due to the side-effects of its policy. We must alter such views” by finding ways to minimise the cost of additional monetary easing, he said.

As for the BOJ’s risky asset buying, Amamiya said the BOJ will consider how to maximise the positive impact of such steps by pledging to buy aggressively when it is necessary.

The BOJ will conduct a review of its policy tools in March to make them more “effective and sustainable” as the pandemic forces it to maintain a radical stimulus programme longer than expected.BOJ’s Amamiya says must keep yield curve ‘stably low’