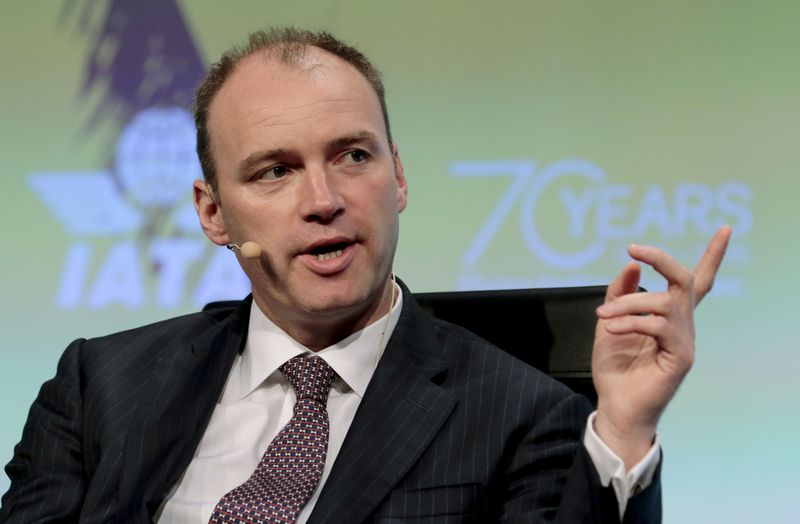 “It creates a leasing colossus with 2,000 aircraft under one brand,” said independent industry adviser Bertrand Grabowski.

A deal would reconcile estranged branches of the collapsed leasing empire of the late Irish leasing baron Tony Ryan, which rose to dizzying heights in the 1980s only to be laid low by over-expansion in the wake of the 1991 Gulf War.

In a schism whose reverberations rumbled through the sector for decades, Ryan’s empire was split between U.S.-based GE Capital, which took over prime assets worth $1.3 billion to form GECAS, and a rump eventually acquired by Dutch-based AerCap.

The split is set to be reversed with AerCap, now based in Dublin and already the world’s largest lessor, ready to regain the dominance once occupied by Ryan’s Guinness Peat Aviation.

In between, leasing has evolved from the freewheeling risk-taking of Ryan – who later made a second fortune with Ryanair – to a disciplined asset class, basking in recognition from investors looking for solid returns backed by air travel.

For airlines, the sideshow became so attractive that some strayed beyond the business of transporting passengers to compete with their own lessors. They speculatively ordered extra planes to rent out, before stumbling when markets headed lower.

Most tellingly, as AerCap and GECAS fine-tuned their possible mega-transaction last week, budget carrier Norwegian Air quietly folded its own leasing experiment by cancelling a related order for Airbus jets.

It is not the first time AerCap has taken control of a major competitor under Aengus Kelly, the candid and tenacious CEO who started as an accountant at what was left of GPA.

In 2013, he agreed to buy International Lease Finance Corp, founded by Ryan’s arch rival and fellow leasing pioneer Steven Udvar-Hazy, after it was weakened by the financial crisis.

Much of today’s leasing industry is run from Dublin by GPA veterans. Many lost small fortunes during the company’s downfall and built their reputations on cautious decision-making.

But experts say risks remain in aircraft leasing, which depends on constant access to competitive funding and staying on the right side of a sometimes brutal industry cycle.

“AerCap are doubling down here; it’s a gutsy move and I sense them thinking ‘we’re too big to fail,’ but a few banks have thought the same,” said a senior industry executive.

For AerCap, the crisis delivers a chance to bulk up in an industry that rewards scale, though much will depend on the price it pays for assets and the risk of future writedowns.

For GE, the move would complete an exit from direct involvement in aircraft finance and leave it focusing on GE Aviation, whose jet engines tend to hold their value for longer than airframes.

GECAS has been in focus for years. In 2019, Apollo Global Management (NYSE:APO) worked on an offer worth up to $40 billion.

The Wall Street Journal, which first reported talks with AerCap, pegged the new deal’s value closer to $30 billion, highlighting the current plight of the airline industry.

“In terms of asset value, it’s probably not the best moment for the seller, but it does take advantage of the fact there’s a lot of liquidity,” Grabowski said.

A new entity combining a fifth of all leased jets could help meet new competition from China, one industry executive said.

It would also remove an umbilical cord between GE and GECAS, a captive in-house financier for its engines. GECAS has already started diversifying into jets powered by Rolls-Royce (OTC:RYCEY).

Questions remain over reactions of airlines and planemakers.

Airbus and Boeing (NYSE:BA) have relied on a strong leasing industry to keep deliveries flowing during the pandemic, but now face a more powerful buyer.

Regulators could also take a chunk out of the new venture by forcing it to sell planes in a weak market.

Merging the top two players could speed consolidation at the next tier down, with HNA-controlled Avolon sitting in a distant second place and already said to be itching for a move.

The deal may also send a chill through smaller players that flocked to the industry in the past few years looking for promising yields but are ill-equipped to deal with a downturn.