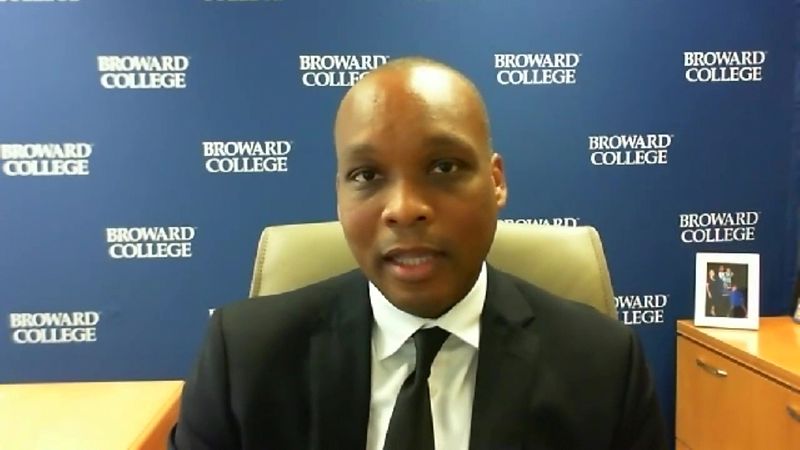 SAN FRANCISCO (Reuters) – Over more than a century of the Federal Reserve’s existence, the critical job of controlling the cost of money and the availability of credit has fallen mostly to white men, even though women and minorities have for decades made up a majority of the workforce in an increasingly diverse economy.

Inside the Fed there is a move to change that, made more urgent in the wake of last year’s pandemic downturn that hit women and people of color particularly hard. To that end the central bank is remaking an important part of its leadership structure – the 108 people who serve as directors at its regional banks – to look more like America.

Reuters recently reviewed data from all 12 regional banks and interviewed three bank presidents, a regional director and a senior member of the main Fed Board in Washington about this undertaking. The conversations came roughly a year after Reuters reported the Fed had tapped women and minorities for a majority of those board seats for the first time.

This year, 34% of the directors at its 12 regional banks identify as racial or ethnic minorities, up from 29% last year and 17% in 2016, the Reuters analysis found. Some 44% are women, up from just over a quarter five years ago.

On both fronts that is as close as the boards have ever come to reflecting the U.S. population, about 40% of which identifies as part of a racial or ethnic minority, and 51% as women.

Fed bank directors do not make monetary policy themselves. That’s the purview of the Fed bank presidents and the Fed’s Washington-based Board of Governors.

But they do have influence. Fed policymakers say their directors help them better understand the economy. They also pick the bank presidents.

The test will come in the next two years, when a quarter of the 12 Fed bank presidents – Boston’s Eric Rosengren, Chicago’s Charles Evans and Kansas City’s Esther George – will reach mandatory retirement age.

“There is loads of research that shows the quality of decision-making is better among groups that are diverse in their composition and their experiences than homogeneous groups,” Fed Governor Lael Brainard told Reuters.

“It’s going to be incredibly important that we really start to see progress” in the selection of Fed presidents, she said.

This latter group picks a new Fed bank president when the current one leaves. In 2021, this subset of directors is 48% minority and half women.

Graphic: On Fed bank boards, some classes more diverse than others – https://graphics.reuters.com/USA-FED/DIVERSITY/qzjpqgxdgpx/chart.png

Of the 12 Fed bank presidents, seven are white men, three are white women, and two are non-white.

That’s an “unacceptable lack of diversity,” says Benjamin Dulchin, director of the Center for Popular Democracy’s Fed Up campaign, an advocacy group that has pushed for the Fed to reflect and respond to the needs of America’s workers, not just Wall Street.

Fed Board members, picked by the president, are even less diverse than the bank presidents. Just two of the six current Fed governors are women, and all are white.

Biden could potentially name three additional Fed governors. Randal Quarles’ term as vice chair for supervision ends in October and both Jerome Powell’s term as Fed chair and that of Vice Chair Richard Clarida are up next year.

During Powell’s term, the Fed has become more attentive to economic damage from racial and gender inequality, publicly calling out disparities, holding a series of events https://www.minneapolisfed.org/policy/racism-and-the-economy on structural racism, and publishing research https://www.frbsf.org/our-district/about/sf-fed-blog/economic-gains-from-equity quantifying the cost to U.S. economic output at more than $70 trillion since 1990.

Last year, Fed policymakers pledged to target “inclusive” full employment and to hold off on rate hikes until it gets there. They adopted the new framework after more than a year of research and outreach that convinced them the danger of unwanted inflation was remote but the benefits to marginalized communities would be large.

Also during Powell’s tenure, the Fed has come under increasing scrutiny for its own lack of diversity.

The one-third of Fed bank directors picked by commercial banks to represent their interests is 69% male and 92% white, with not a single non-white woman.

Fed policymakers consult such councils on a broad range of topics, and several said they act as a pipeline of talent for Fed bank boards.

King had to skip a meeting in October, but a Chicago Fed staffer reached out to get her views afterward. “They wanted to understand what could they do different, to help Black businesses not to be hit as hard” during COVID, King said. One of her suggestions: figure out ways to encourage Black-owned businesses into commercial real estate ownership.

Fed policymakers say insights from a large network of business and community leaders have been particularly helpful this past year. Regular board meetings – typically every six weeks – mean directors’ views get a particularly close hearing.

“It’s quite frequent that I’ll walk out (of a board meeting) with a somewhat changed perspective on what’s happening in the economy,” says Richmond Fed President Thomas Barkin, who himself was a director on the Atlanta Fed board from 2009 to 2014. At the peak of the coronavirus crisis his board met every two weeks, he said.

Broward College president Greg Haile joined the Atlanta Fed in January. At his first board meeting, he said, bank president Raphael Bostic asked, “What is the best way for us to think about ensuring the inclusiveness of all in this recovery?” Haile, who is Black, said he brought up the economic implications of low vaccination rates in certain communities.

In a separate conversation, Bostic said his board helps him “make sure that I don’t forget that we should not look at the aggregate number as the full story and we should not even contemplate declaring victory until we are sure that the economy is working quite well for everyone.”

Bostic in 2017 became the first African American to head a regional Fed bank.

The San Francisco Fed’s board is the only one of the 12 where white men still hold a majority, and President Mary Daly says she’s aiming to change that.

“Our goal” she said, is for U.S. monetary policymakers to become a group that fully represents the population.

In the meantime, she said, “it is incumbent on everybody sitting around that table to go out and source information from people who don’t look like them and don’t have their past experiences … amplifying those voices and making sure those are heard.”Analysis: U.S. central bankers are mostly white men. The Fed wants to change that2Com