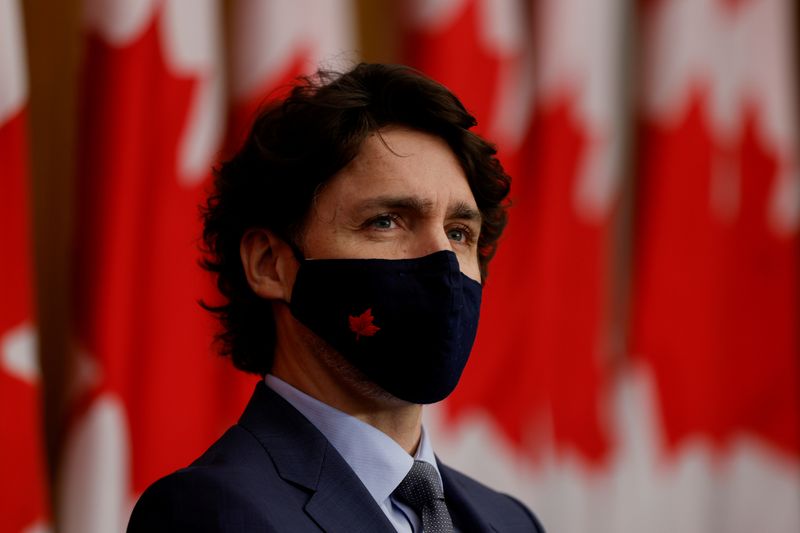 OTTAWA (Reuters) – Prime Minister Justin Trudeau said Canada would commemorate the country’s more than 22,000 COVID-19 victims on Thursday and pay tribute to those fighting the virus.

The government declared a “National Day of Observance” on March 11 inviting Canadians “to join together in honoring the memory of those we have lost, and the people they left behind,” Trudeau said in a statement on Monday.

The idea is also to “pay tribute to all those who continue to work hard and make incredible sacrifices in our fight against the virus,” he said.

Canada has finally got a second wave under control and many provinces are loosening health restrictions even as some experts warn a third wave – propelled by more contagious variants – may already be on the way.

The government is in the midst of ramping up a rollout of COVID-19 vaccines that has been slower than those of many other developed nations. The country now expects 36.5 million approved doses to be delivered by the end of June.

Canada has a population of almost 38 million and Trudeau has said everyone who wants a shot will be able to get one by the end of September.

Trudeau has not said how he will mark the day, and a spokesman in his office declined to comment.Canada set to mourn COVID-19 victims, salute health workers on March 11