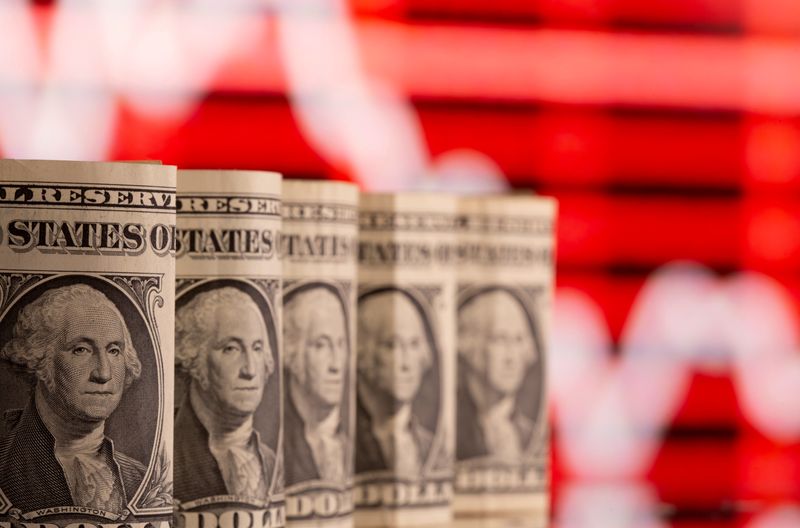 By Hideyuki Sano and Sagarika Jaisinghani

TOKYO (Reuters) – The dollar held near a 3 1/2-month high against its rivals on Tuesday as higher bond yields and expectations of faster economic normalisation from the pandemic in the United States put the U.S. currency at an advantage.

The dollar’s index against six major currencies rose 0.1% to 92.469, its highest since late November, building on a 0.5% gain on Monday.

Against the yen, the dollar rose to 109.235 yen, its highest level in nine months, while the euro was nearly flat at $1.18530, hovering near lows last seen in late November.

“The move in the last two to three weeks has been driven by real yields, and that is what is supporting the dollar,” said Mayank Mishra, an FX strategist at Standard Chartered (OTC:SCBFF) Bank in Singapore.

“It is interesting that despite the fact that U.S. equities have started to bear the pain of rising yields, dollar/yen continues to make new highs,” Mishra added. “The pair’s own risk correlations have broken down and real yields are in the driving seat.”

The dollar index has firmed more than 2% so far this year as upbeat marcoeconomic data, combined with a loose monetary policy, has lifted bond yields and pressured richly valued U.S. technology stocks. [US/] (N)

All eyes will now be on the U.S. Federal Reserve’s two-day meeting next week, although expectations are low that the central bank will announce major policy changes after Chair Jerome Powell last week did not express concern about the rise in bond yields.

“The thing that markets are going to get from the FOMC that’s new is an update to their forecasts for inflation, economic growth and unemployment,” said Commonwealth Bank of Australia (OTC:CMWAY) currency analyst Joseph Capurso.

“They’re going to have do some upgrades if they have already taken into account the almost certain passage of the ($1.9 trillion) stimulus package. If they haven’t taken that into account because it’s not law yet, then they won’t do the upgrades and that might give markets a little bit of a shock.”

Traders are wary yields could rise further this week as the market will have to digest a $120 billion auction of 3-, 10-, and 30-year Treasuries, especially after last week’s soft auction and a horrible 7-year note sale that saw a spike in yields.

MSCI’s emerging market currency index dropped to a three-month low after a fall of 0.82% on Monday, the biggest fall in about a year, with high-yielding currencies hit hard.

The Brazilian real sank to a ten-month low while the Turkish lira fell nearly 3% to its lowest level since mid-December.

Elsewhere, gold also slipped to a nine-month low on Monday.