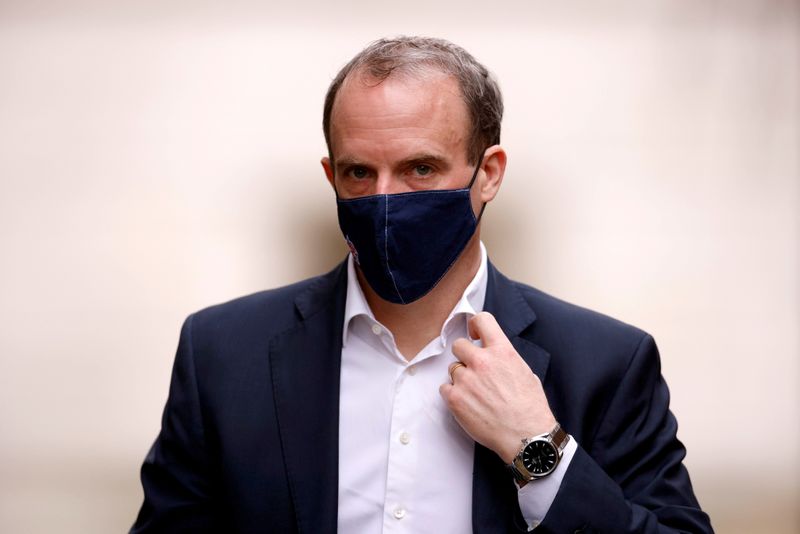 In what appeared to be a deepening diplomatic revolt against the junta in Myanmar, the ambassador said he chose “the diplomatic path. The answer to the current crisis can only be at the negotiating table”.

“We request the release of State Counsellor Daw Aung San Suu Kyi and President U Win Myint,” he said in a statement published on the embassy’s Facebook (NASDAQ:FB) page after speaking to Raab and Britain’s minister for Asia, Nigel Adams.

Britain has called for the release of Suu Kyi and other leaders toppled in a Feb. 1 military coup, and demanded the restoration of democracy.

“I commend the courage and patriotism of Myanmar Ambassador Kyaw Zwar Minn in calling for Aung Sung Suu Kyi and President U Win Myint to be released and for the results of the 2020 election to be respected,” Raab said in a statement.

Last week, Myanmar’s embassy in Washington also signalled a break with the junta, issuing a statement decrying the deaths of civilians protesting against the coup and calling on authorities to “fully exercise utmost restraint”.Drawing praise, Myanmar’s ambassador to UK calls for release of Aung San Suu Kyi Add a Comment