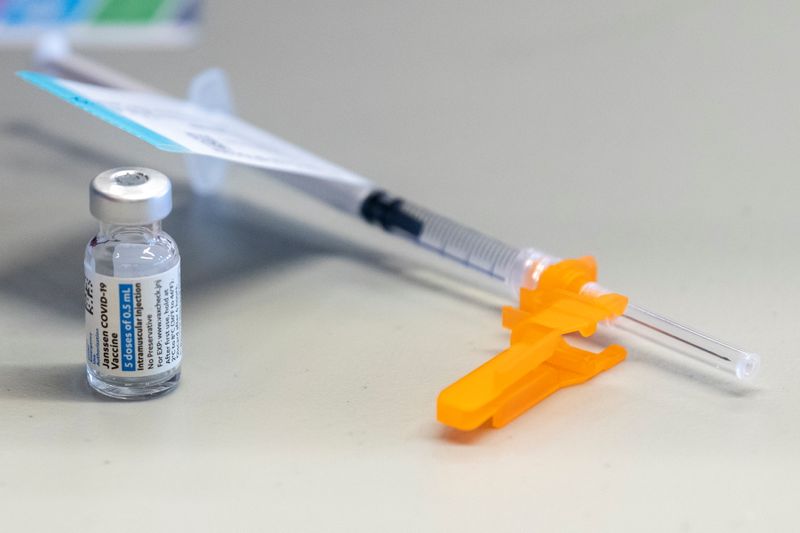 BRUSSELS (Reuters) – Johnson & Johnson (NYSE:JNJ) has told the European Union it is facing supply issues that may complicate plans to deliver 55 million doses of its COVID-19 vaccine to the bloc in the second quarter of the year, an EU official told Reuters.

Any delay would be a further blow to EU’s vaccination plans, which have been hampered by bumpy supplies from other vaccine makers and a slow rollout of shots in many member states.

J&J told the EU last week that issues with the supply of vaccine ingredients and equipment meant it was “under stress” to meet the goal of delivering 55 million doses by the end of June, the EU official – who is directly involved in confidential talks with the U.S. company – told Reuters on condition of anonymity.

The official added the company had said it was not impossible to meet the goal, but that it showed caution.

J&J’s vaccine, which requires only one dose for protection, is expected to be approved on March 11 for use in the EU by the bloc’s regulator. EU officials have said deliveries could start in April.

The company has committed to deliver 200 million doses of its vaccine to the bloc this year.

“Aligned with our agreement, we expect to begin supplying our commitment of 200 million doses to the European Union in the second quarter of 2021,” J&J said in a statement, declining to comment on possible delays or the second-quarter target.

J&J began rolling out its vaccine in the United States this month, with a target of delivering 100 million doses by the end of May, but has nearly halved its delivery forecasts for March to 20 million doses as it ramps up new manufacturing facilities.

A spokesman for the European Commission declined to comment on J&J’s delivery schedules. The Commission coordinates EU talks with vaccine makers and has come under fire for its role in a vaccination strategy that has so far lagged behind those in Britain and the United States.

An internal document from the German health ministry dated Feb. 22, and a schedule published by the Italian health ministry on March 3, confirm that under the EU contract J&J had committed to delivering around 55 million doses in the second quarter.

That includes about 10 million to Germany and 7.3 million to Italy. Supplies are expected to double in the third quarter, the two schedules show.

But J&J has not yet provided figures on planned deliveries. “We don’t really know how much to expect,” the EU official said.

Dutch Health Minister Hugo de Jonge told reporters he expected the company, which produces its COVID-19 vaccines for the EU in the Netherlands, to meet its second-quarter target of about three million doses for the country, although with limited deliveries in April and a ramp-up later in the quarter.

Ireland also expects J&J to begin supplies a bit later in April than initially planned, with the largest deliveries at the end of the second quarter, the head of the country’s health service operator said on Tuesday, confirming earlier estimates for supplies through June.

EU countries raised questions earlier in the year about J&J’s production network and contract with the EU, which would require it to send vaccines made at its Dutch factory to the United States for bottling before being shipped back to the EU.

A second EU official, also involved in talks with vaccine makers, said the bloc was trying to boost industrial capacity to bottle more shots in the EU, as part of plans to smooth out J&J deliveries.

Actual deliveries have often diverged from contractual obligations as vaccine makers have struggled to ship millions of shots at breakneck pace amid the pandemic.

AstraZeneca (NASDAQ:AZN) cut planned first-quarter deliveries of its vaccine to the EU to 40 million doses from 90 million, and told the bloc second-quarter supplies would be halved. It later said it was striving to provide more shots from outside Europe.

Pfizer/BioNTech and Moderna (NASDAQ:MRNA) have also faced delays in their deliveries to the EU, but kept their targets for the first quarter.

Under the contract with J&J, the EU has also the option of ordering another 200 million doses, which if exercised would double its supply from the U.S. firm.Exclusive: J&J ‘under stress’ to meet EU second-quarter vaccine supply goal – source Add a Comment