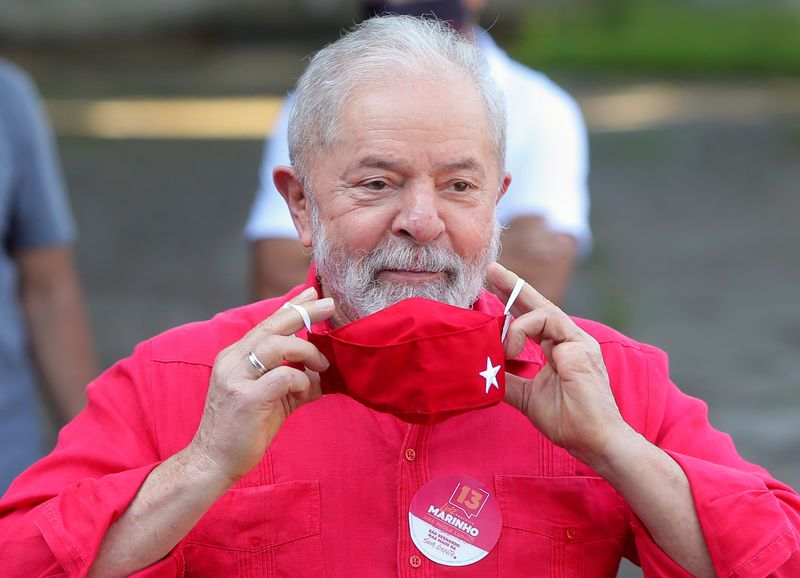 BRASILIA (Reuters) – A day after Brazil’s leftist former President Luiz Inacio Lula da Silva had his graft convictions overturned, he may see the evidence against him thrown out by the Supreme Court on Tuesday, clearing his name ahead of a possible 2022 presidential run.

The Supreme Court said that Justice Gilmar Mendes had called a Tuesday vote on an appeal by the Lula’s legal team alleging that Sergio Moro, the former judge who sentenced him, had acted partially in overseeing investigations of the former president.Lula 2022 hopes brighten as Brazil’s top court eyes vote to toss graft evidence Add a Comment