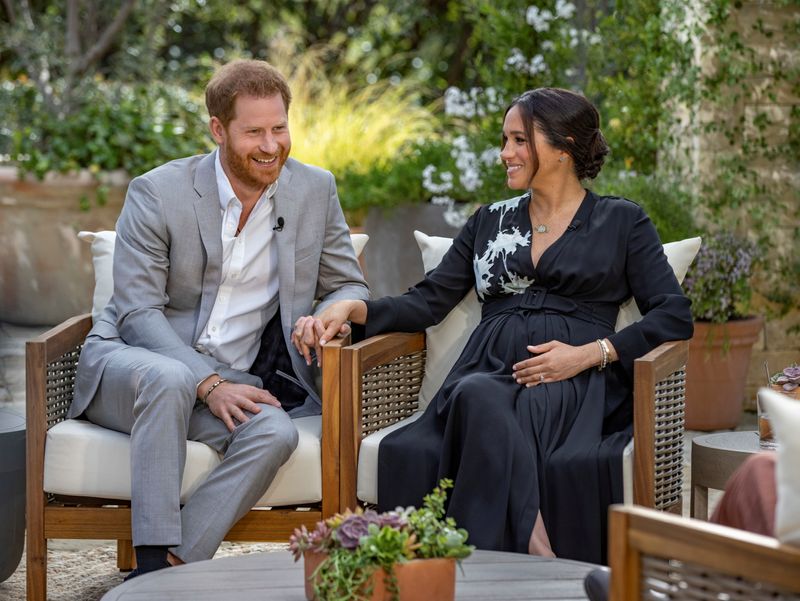 LONDON (Reuters) – Meghan’s father Thomas Markle said on Tuesday that he did not think the British royal family was racist, and hoped that an alleged remark from a family member about the darkness of the skin of Meghan’s son was just a “dumb question”.

Meghan said that her son Archie, now aged one, had been denied the title of prince because there were concerns within the royal family about “about how dark his skin might be when he’s born”.

“The thing about what colour will the baby be or how dark will the baby be; I’m guessing and hoping it’s just a dumb question from somebody … It could be somebody asked a stupid question. Rather than being a total racist.”

“This whole thing about colour and how dark the baby is is bullshit,” Markle said. He thought that the comment should be investigated.

Markle and his daughter have been estranged since her marriage to Prince Harry in 2018. Markle, a former lighting director for U.S. TV soaps and sitcoms, pulled out of the wedding days beforehand after undergoing heart surgery.

He said his daughter had let him down while he was ill.

“I also feel that she let me down,” Markle said. “I was in a hospital bed the last time we talked and we I never heard from them again – they didn’t care if I died.”

Asked about the interview Meghan and Harry gave to Oprah Winfrey, Markle said “they went way over the top,” and should have waited, considering that Queen Elizabeth’s husband Prince Philip was in hospital.

“They should have waited considering the queen’s age and Philip’s age,” he said.Meghan’s father says the British royals are not racist1Comments (1)