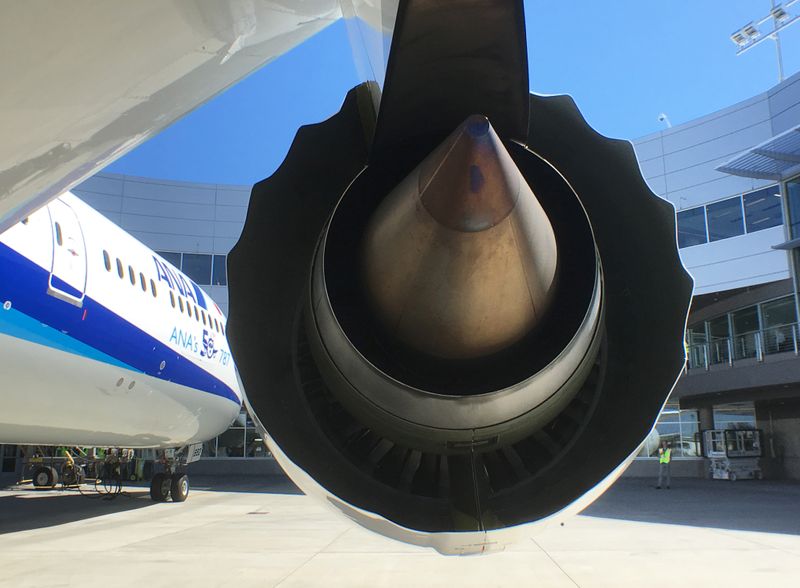 © Reuters. A Rolls-Royce engine is seen on a Boeing 787-9 Dreamliner owned by ANA Holdings Inc. in Everett

By Terje Solsvik and Kate Holton

OSLO/LONDON (Reuters) – Norway has suspended a planned asset sale by engine maker Rolls-Royce (OTC:RYCEY) to a Russian-controlled company as it assesses the security implications for the country’s navy, the justice ministry said on Tuesday.

Britain’s Rolls-Royce announced the planned sale on Feb. 4 as part of a disposal plan aimed at helping the maker of engines for aircraft and ships survive the pandemic.

Bergen Engines is, among other things, a supplier to NATO member Norway’s navy.

“There is significant uncertainty in relation to national security interests, and this uncertainty must be dealt with,” Justice Minister Monica Maeland told a news conference, while adding the sale must be put on hold for the time being.

“We don’t know which conclusion we will draw,” she said.

Any ongoing due diligence linked to the sale must also be put on hold as long as the review is ongoing, the ministry added.

A spokesman for Rolls-Royce said it had alerted the government in the proper way before announcing the sale of Bergen Engines.

“We understand, however, that the Norwegian Government now wishes to further investigate the deal and Rolls-Royce will co-operate in any way we can with that review. As requested, we have paused the sales process,” the spokesman said.

TMH Group did not immediately respond to a request for comment.

While Norway welcomes foreign investment, this must be balanced against potential threats to national security, the justice ministry said.

“The security situation requires us to closely monitor foreign investments in strategic industries,” Maeland said, adding she plans to give a separate briefing on the matter to parliament.

Bergen Engines makes medium-speed gas and diesel engines for marine and power generation customers and employs about 950 people. It generated revenue of 239 million pounds in 2019, Rolls-Royce said when announcing the planned sale.