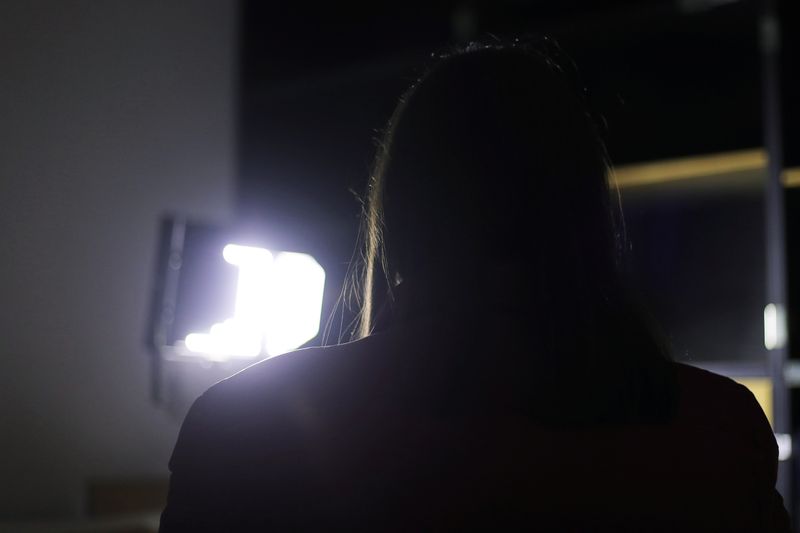 © Reuters. Silhouette of Sara, 26, member of LGTB community is pictured during an interview in Tirana

TIRANA (Reuters) – Sara, a 26-year-old woman from Tirana, is reluctant to talk about her love life with friends and family as they cannot understand her attraction to people of the same sex.

Like other Balkan countries aiming to become members of the European Union, Albania must demonstrate its readiness to protect human rights, and has passed laws against discrimination because of sexual orientation.

In a largely patriarchal society, however, those who are open about their sexual orientation are often judged by family and friends.

“Any kind of relationship that is not crowned with starting a family is totally unacceptable,” Sara, who gave only her first name to protect her identity, told Reuters.

Sara said the dream of every LGBT person was “to come out openly in a close social network or family”. Because of prejudice, however, some people like her opted to keep a low profile.

A survey by the Streha organisation which offers shelter to LGBT community members found that 80% of 200 LGBT respondents had considered leaving Albania.

A 2021 report by ILGA gay rights organisation, which bring together over 600 groups from 54 countries in Europe and Central Asia, said that discrimination against the LGBT population in Albania had increased since the start of the COVID-19 pandemic.

Another study, by Abania’s Alenacea non-governmental organisation, found one in two LGBT community members had experienced psychological violence and bullying, one in five had been sexually harassed and some had been raped, the ILGA report said. Only 7% reported the incidents to the authorities.

“When I took transgender people to the hospital, the doctors said why not let these people die.”Patriarchal Albania offers little compassion for same-sex relationships