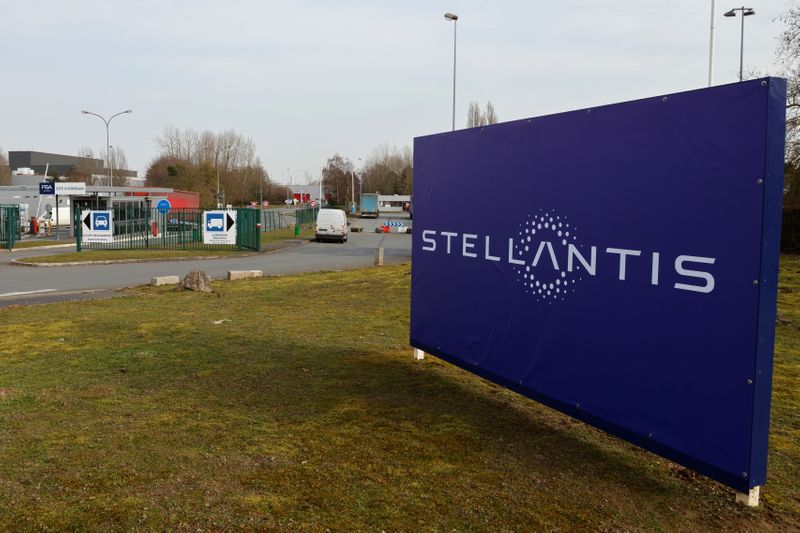 © Reuters. Logo of Stellantis at the company’s factory in Hordain

(Reuters) – Stellantis NV has scrapped a plan to launch the Peugeot (OTC:PUGOY) brand in the United States and will focus instead on the RAM pickup trucks, high-margin Jeeps and Fiat Chrysler’s (FCA) other brands – Dodge, Chrysler and Alfa Romeo – in the world’s second-largest auto market, it said on Tuesday.

Stellantis, the world’s fourth-largest carmaker, was created by merger of FCA and Peugeot maker PSA in January. It was widely expected by analysts and industry experts that PSA’s plans to launch the brand in the U.S. market would be abandoned by Stellantis given the strength of FCA’s most profitable models there.Stellantis scraps plan to launch Peugeot in U.S. market Add a Comment