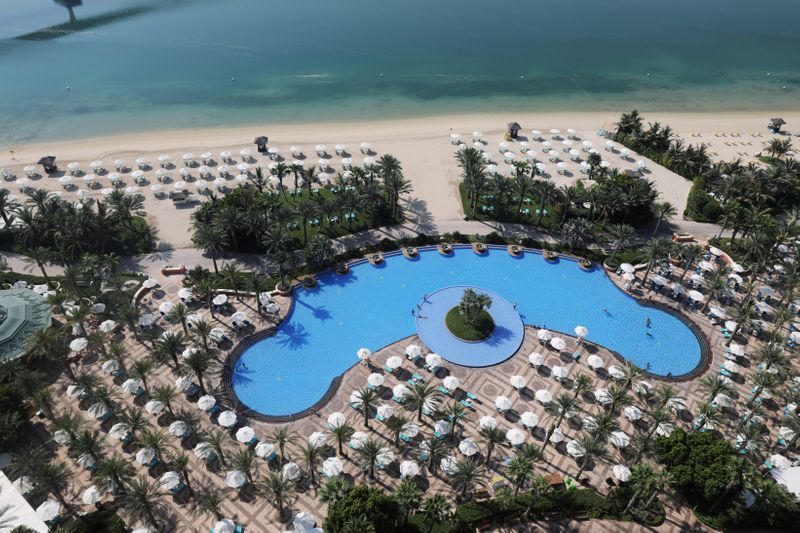 FRANKFURT (Reuters) – The United Arab Emirates, a magnet for the globe’s ultra-rich, has also emerged as one of the fastest-growing corporate tax havens, according to a study released on Tuesday that highlighted a $200 billion-plus money flow to the country.

The index by the Tax Justice Network, which highlights countries that attract companies to shrink their tax bills, added the United Arab Emirates to its top-10 ranking that includes Switzerland and Bermuda.

Britain’s offshore territories the British Virgin Islands (BVI), the Cayman Islands and Bermuda were named as the most significant jurisdictions used by companies to minimise their tax, followed by the Netherlands.

The United Arab Emirates joined the top ranking at number 10 after multinationals rerouted over $218 billion of foreign direct investment via the Netherlands to the UAE to save taxes, the study said, bolstering financial activity by almost 180%.

A Dutch finance ministry spokeswoman said it had introduced a withholding tax to target flows of money to low-tax countries, including the United Arab Emirates and Bermuda, and to prevent the Netherlands being used as a conduit. It, however, estimates that the money flows are lower.

The UAE did not respond to a request for comment.

The Tax Justice Network, a group funded by donations campaigning for transparency, said its study measured multinational activity, as well as tax rates and loopholes. While companies are not forbidden from using loopholes, the practice is viewed critically.

“You don’t need to be a tax expert to see why a global tax system programmed by a club of rich tax havens is haemorrhaging over $245 billion in lost corporate tax a year,” said Alex Cobham, Tax Justice Network’s CEO.

Dubai, a party capital in the United Arab Emirates and magnet for social media influencers, was hit hard by the pandemic as lockdowns hurt tourism and shopping while lower oil prices weighed on the Gulf state’s coffers.

To counter the decline in local population and revive a struggling property market, after job cuts prompted many expatriates, who make up the majority of the population, to leave, it redoubled efforts to boost the economy.

The country has been criticised by the Financial Action Task Force, the global dirty money watchdog. UAE recently approved the creation of a new government office to tackle money laundering and terrorist financing.

The Cayman Islands government said it “supports a fair tax system” and was committed to “international tax standards”. Other countries either did not respond or declined to comment.United Arab Emirates attracts corporate billions to climb tax haven ranking Add a Comment