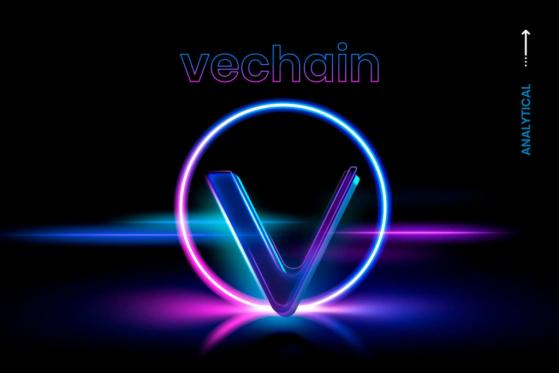 What’s Next for VeChain

VeChain is a specific blockchain platform originally designed to enhance supply chain management and business processes. The goal of VeChain was to streamline the processes and information flow for complex supply chains through the usage of distributed ledger technology or DLT. The Vechain platform contains two tokens, and these are VET or VeChain Token and VTHO or VeChainThor.

VET is used to transfer value across the network, while VTHO is used as the gas that powers the smart contract transaction. It essentially differs from other projects because the developers behind it do not intend to create a fully decentralized platform. Instead, they aim to create the best features from both DeFi or decentralized finance and CeFi or centralized finance sectors.

It is, in all ways, a public blockchain that derives its value from activities that are created by members within the ecosystem which solve real-world economic problems and believes that blockchain technology is one of the foundations for the next generation of information technology alongside the many emerging technologies such as VR, AR, IoT, 5G, and AI.

To truly understand VeChain, however, we first need to take a deeper look at its history. It was originally founded all the way back in 2015 by Sunny Lu, a former CIO of Louis Vuitton China.

This started as a subsidiary of Bitse, one of China’s largest blockchain companies at that time. VecChain ended up being among the few blockchains that already had a customer base throughout its established companies, and the VEN token ended up functioning on the Ethereum blockchain.

VeChain, over time, transitioned onto its own blockchain and even rebranded itself in 2018. This rebrand led the VEN blockchain to become the VeChainThor (VET) Blockchain in the year 2018.

VeChain essentially uses smart chips for Radio Frequency Identification or RFID tags and sensors that can broadcast key information onto the blockchain network that can be accessed in real-time by authorized stakeholders. This application of sensors means that all of the parameters that are related to the product can be monitored constantly. If any problems occur, they can be communicated back to the stakeholders.

The manufacturers and the customers are informed if a drug packet is stored outside of the prescribed temperature range, which allows for service improvements and a higher level of quality as a result.

However, when it comes to the VEChainThor blockchain platform, it is a blockchain that was originally intended for the corporate world, or in other words, for mass business adoption. As previously mentioned, it does this through a dual-token setup known as VET and VTHO.

VET is the token that carries value from smart contracts, and the transactions on decentralized applications occurring in VeChain’s blockchain use VET. VTHO provides the power these transactions need to occur, and it is equal to the cost of conducting transactions on the blockchain.

Ethereum lacks in this department because Ether is volatile, and developers have to estimate the amount of ether required for each transaction on a whim. The transaction fails if their estimate ends up being incorrect.

The platform also has a proprietary consensus system known as Proof-of-Authority or PoA. This provides an efficient way to maintain system continuity.

This mechanism is built to improve the shortcomings originally noticed in Proof of Work or PoW, Proof of Stake or PoS, and Designated Proof of Stake or DPoS mechanisms. PoA requires a lot less energy which also makes it efficient in that regard.

It’s also important to note that VeChain relies on a group of 101 Masternodes that allow it to achieve consensus. There are also no anonymous nodes within the network, and you have to complete KYC and AML ID verification before you can start validating blocks in this system. The developers believe that this approach plays a key role in keeping the market balanced. It also takes advantage of even economic master nodes that can vote on issues regarding the ecosystem. For every 10.000 VET, an economic master node holds, they can cast a vote.

Staking requires you to hold on to your VET in a network wallet that can remain online. The longer your stake your VET, the more you can earn. Regarding governance, the goal is to provide a balance between decentralization and centralization, and the votes are distributed based on the amount of VET a person holds. This means that people who hold over a million VET are responsible for 20% of the vote, and the users who also verified their identity and held onto one million VET can even get 30% of the vote. The rest of the percentage is split across the entire community.

The best part about VeChain is that, compared to many other projects in the market for a longer period of time, they have managed to convince companies to start using the VeChain blockchain. VeChain has a real application purpose, real partnerships and can solve existing business challenges.

The Future of VeChain

VeChain recognized the importance of partnerships and has an established business and client base even when starting. As such, it has been extremely active in regards to creating partnerships. These partners include Price Waterhouse Cooper, Walmart (NYSE:WMT) China, NTT Docomo (OTC:DCMYY), LVMH Group, Penfold, and many more.

The onboarding of these new partners and clients is handled smoothly since VeChain operates on a blockchain-as-a-service model and sets up all of the clients’ infrastructures. This includes any necessary customization based on the specific business model needs and requirements they might have at the time.

VeChain is developing a system that tracks limited edition luxury goods. It has also been working with DNV GL to increase the transparency of products from the factory or farm to the consumer. Through this collaboration, they essentially developed MyStory, a blockchain-powered digital assurance solution.

They also have a unique partnership with an automaker in China known as BYD, where VeChain has been working on a proof-of-concept for handling carbon emission imbalances. This partnership would eventually lead to a DApp that can track and record the emission data of millions of cars and buses, trains, and other vehicles within the VeChain Blockchain. This is known as the VeChain Low Carbon Ecosystem Project.

And what has all of this led to?

At the time of writing, VeChain or VET has a value of $0.0522 per token but an astronomical trading value of $504,050,048. It is currently ranked 19th compared to all other cryptocurrencies, which is a solid indicator of the type of growth this project has received throughout its history on the market and what kind of future it could potentially have.

VeChain tracks an astronomical amount of data from different fields to streamline their businesses. They can collect data such as humidity, temperature, and even acceleration through IoT sensors. Not only that but just about anyone can scan a product’s QR code and get the desired product’s details from manufacturing to packaging. TÜV Saarland even certified VeChain as a 5-star Blockchain Service provider. Furthermore, TÜV Saarland is accredited by DAkk, which is the national accreditation body for the Federal Republic of Germany. Users can even take their VET and earn some passive income, as the longer VET is staked, the more they earn as a result.

According to some estimations, this project could rise in value tremendously as more businesses start adapting it and find real-world uses for it. This is definitely the future we can expect for VeChain. Whether this change comes within the retail, luxury goods, automotive, or pharmaceutical industries, VeChain has solutions on offer throughout each area that can truly revolutionize the way we do work.

Continue reading on DailyCoinWhat’s Next for VeChain Add a Comment