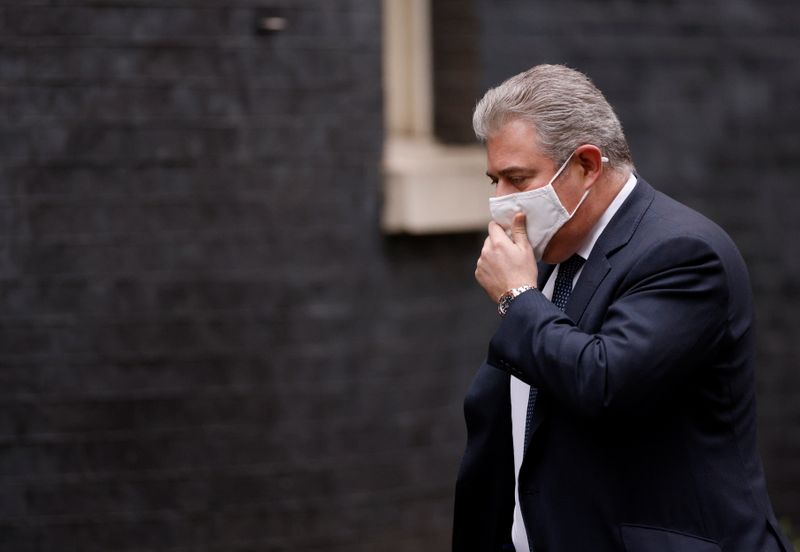 © Reuters. Secretary of State for Northern Ireland Brandon Lewis is seen outside Downing Street in London

LONDON (Reuters) – Northern Ireland minister, Brandon Lewis, defended on Wednesday Britain’s move to unilaterally extend measures to smooth trade with the British province, repeating that the action was lawful and needed to prevent shortages in supermarkets.

“It was important for stability, for people in Northern Ireland, for the future of the (Northern Ireland) protocol, to not have ourselves in a situation where because of the way things were being implemented, we would have had empty shelves again in potentially just a couple of weeks time,” he told parliament.

“These measures … are lawful, they are consistent with the progressive and good-faith implementation of the protocol.”Britain defends Northern Ireland trade action, says it was lawful Add a Comment