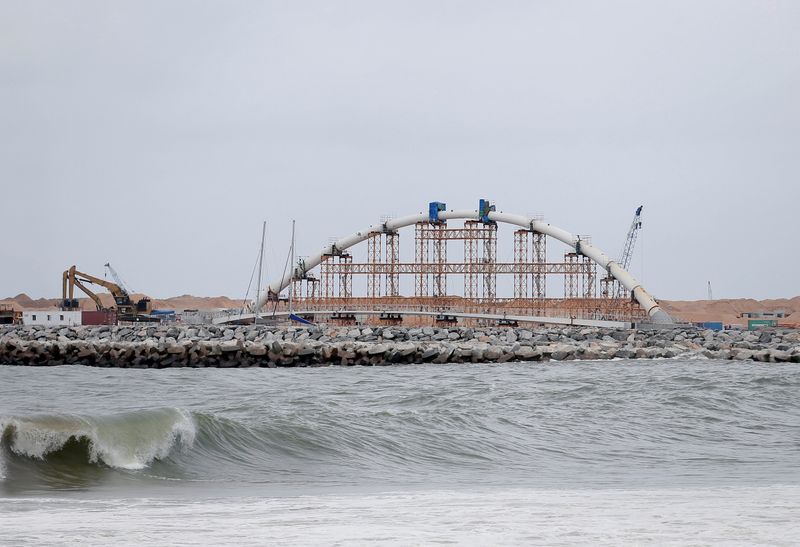 © Reuters. A general view of a Port City Colombo project is seen in the business district, in Colombo

COLOMBO (Reuters) – China has approved a 10 billion yuan ($1.54 billion) currency swap with Sri Lanka, a government spokesman in Colombo said on Wednesday, giving some respite from concerns about public finances.

The deal will allow the island to weather “present difficulties”, State Minister of Money & Capital Market and State Enterprise Reforms Ajith Nivard Cabraal said in an interview with the Daily Mirror earlier on Wednesday.

Dwindling foreign reserves, a tumbling currency and rising debt levels have dogged Sri Lanka over the last year, leading to increasing fears of a default.

The government of Prime Minister Gotabaya Rajapaksa – which has drawn the country closer to China to the frustration of neighbour India – says this will not happen. It has called downgrades by credit rating agencies and negative comments from investment banks in recent months politically motivated.

“But the question remains – buy time for what? The need of the hour is an IMF program to anchor fiscal consolidation given government debt was projected at just shy 100% of GDP at the end of last year,” said Agha.

But that prospect diminished after India said any further extension of existing funding was contingent on Sri Lanka having a staff-level agreement for an IMF program, Patrick Curran, senior economist at Tellimer, wrote in a recent report, noting the government’s position of “continuing to resist an IMF program.”