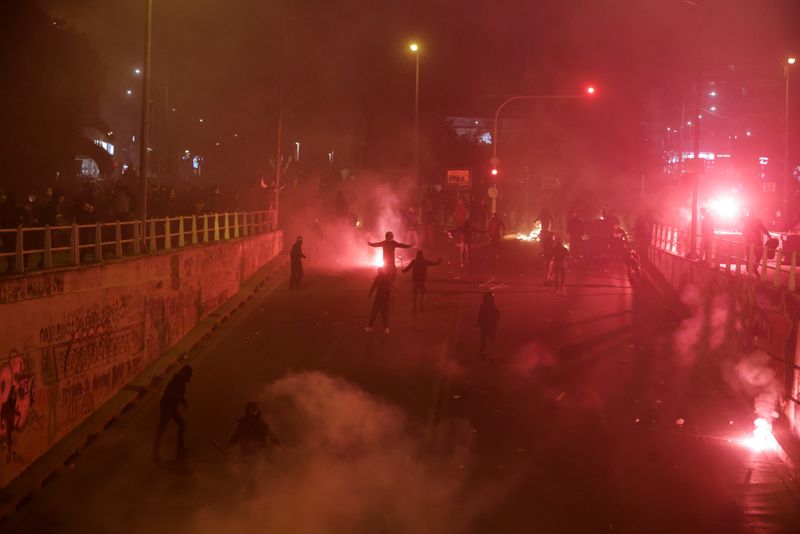 © Reuters. Demonstration against a police crackdown on gatherings in Athens

ATHENS (Reuters) – A Greek police officer was hurt on Tuesday after clashes broke out during a demonstration against police brutality in an Athens suburb, prompted by a video that appeared to show a man being beaten on Sunday by officers in the area.

More than 5,000 people marched through the densely populated area of Nea Smyrni. Police fired tear gas to disperse a group of protesters who broke away from the march and hurled petrol bombs at them, setting garbage containers alight.

Television footage showed one man in police uniform lying on the ground.

The incident shown in the amateur video was condemned by opposition parties, and authorities are investigating the police’s use of force.Clashes break out in Greece after march against police Add a Comment