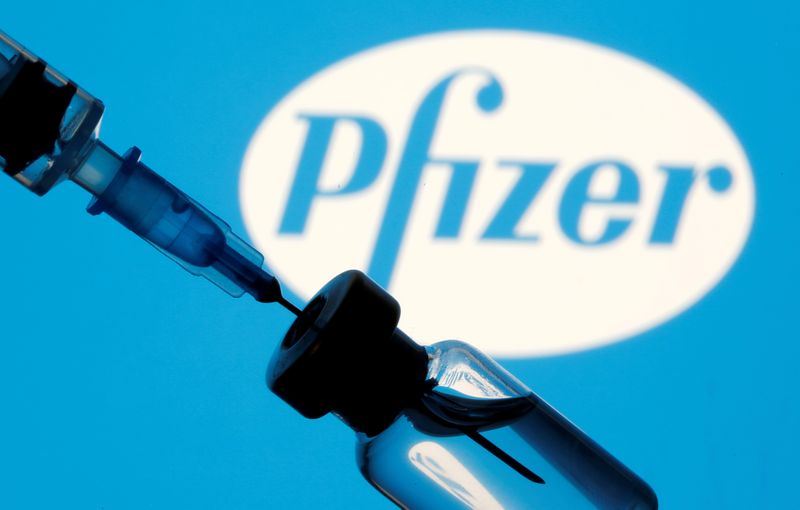 NEW DELHI (Reuters) – Pfizer Inc (NYSE:PFE) has told the Indian government it wants to produce its coronavirus vaccine locally if assured of faster regulatory clearance and freedom on pricing and exports, two sources with direct knowledge of the matter told Reuters.

The U.S. company pulled an application last month seeking emergency approval for its product in India after the drug regulator declined its request to skip a small local safety trial. That has kept its vaccine, developed with Germany’s BioNTech SE (NASDAQ:BNTX), out of one of the world’s biggest drug markets.

Pfizer was the first company to apply for emergency use authorisation in India, proposing to import doses from its U.S. and European facilities instead of producing locally.

“They want faster approvals for clinical trials and emergency authorisation use. They fear the government will introduce price control policies.”

Another source confirmed Pfizer was interested in manufacturing in India but Reuters could not find a second confirmation on Moderna.

While withdrawing its application in early February, Pfizer said it would again seek emergency use approval to launch its COVID-19 vaccine in India, potentially a market of 1.35 billion people, and would provide more data as it becomes available.

On the government’s demand to manufacture in India, the company earlier told Reuters: “Once the pandemic supply phase is over and we enter a phase of regular supplies, Pfizer will evaluate all additional opportunities available.”

A Indian official told Reuters in January the government had held discussions with Pfizer and Moderna – both of which have reported more than 90% efficacy for their vaccines – to make the shots in India given its large pharmaceuticals capacity.

The Serum Institute of India, the world’s largest vaccine maker, is already bulk-manufacturing the Oxford University/AstraZeneca product and plans to start producing the Novavax (NASDAQ:NVAX) Inc shot from next month.

India’s government has not allowed it to sell on the higher-priced private market, however, and is also controlling exports. Pfizer and Moderna, whose shots are more expensive than the AstraZeneca (NASDAQ:AZN) one being used in India’s immunisation campaign, are not comfortable with strict price and export restrictions, one of the sources said.

This week, Reuters reported that leaders of the Quad alliance – Australia, Japan, India and the United States – plan to announce financing agreements to increase India’s vaccine manufacturing capacity at their first meeting on Friday.

The initiative will mainly involve production of the Novavax and Johnson & Johnson (NYSE:JNJ) shots for supplying to regions including Southeast Asia, where their common rival China is making gains.Exclusive: Pfizer wants to make vaccine in India if faster clearance, export freedom assured – sources