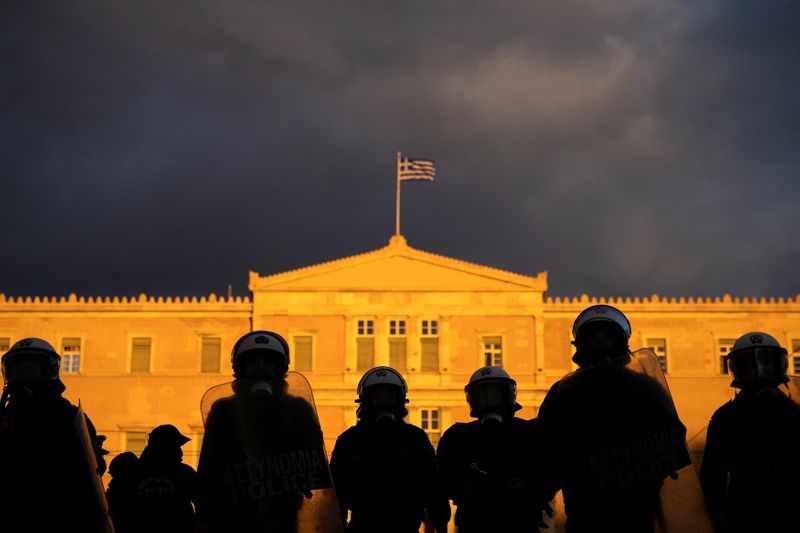 ATHENS (Reuters) – A top Greek court on Tuesday rejected a request by a convicted assassin and member of the country’s most lethal guerrilla group against his transfer to a jail in central Greece, two months after he started a hunger strike.

Far-left militant Dimitris Koufodinas, 63, is being treated in intensive care at a hospital near the high-security prison of Domokos in central Greece. He began his hunger protest on Jan. 8 and suffered kidney failure last week.

A leading member of the disbanded group November 17, he is serving multiple life terms for crimes including 13 murders – more than half the 23 killings the Marxist group says it carried out before its leaders were arrested in 2002.

Koufodinas, who was once dubbed “Poison Hand” by some Greek media because of his deadly aim, says a government order for his transfer to Domokos in December was illegal. He wants to return to Korydallos prison in Athens, where other convicted members of November 17 are held.

Greece’s top administrative court ruled that it did not have the authority to issue a temporary ruling freezing the transfer ordered by the state. It will examine in April whether that decision was legal, the semi-official Athens News Agency said.

Authorities had previously rejected his request, citing a recent prison system reform and a rise in COVID-19 cases in the region where Korydallos prison is.

Sympathisers and civil rights activists, including members of the leftist opposition, have staged protests against what they see as the intransigent and arbitrary stance taken by Prime Minister Kyriakos Mitsotakis’ conservative government.

Mitsotakis’ brother-in-law was among those killed by Koufodinas. The government says it will not yield to blackmail and that convicts cannot decide where they will serve their sentence.Greek court rejects convicted killer’s request over where he serves sentence