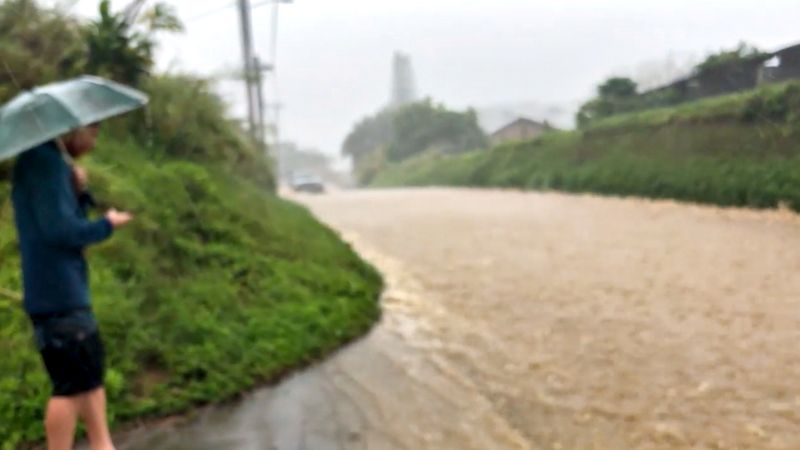 © Reuters. People look at a flooded street near the Kaupakalua breached dam, in Haiku on Maui, Hawaii

(Reuters) – A dam on the Hawaiian island of Maui that overflowed, forcing evacuations and destroying homes, was scheduled for removal this year as it was in an “unsatisfactory” condition, Hawaii’s Department of Land and natural Resources said.

Authorities opened evacuation shelters and asked people not to return homes on Tuesday because flood advisories were still in effect.

“The owner has been working with the State in complying with this NOD, and in October 2020 submitted a dam safety permit application to remove this structure, which is targeted for construction this summer”, the statement added.

The state land department is charged with inspecting about 135 registered dams statewide.

In 2006, seven people died after the Ka Loko dam collapsed on the island of Kauai.Hawaii dam that overflowed was in ‘unsatisfactory’ condition, set for removal 20211