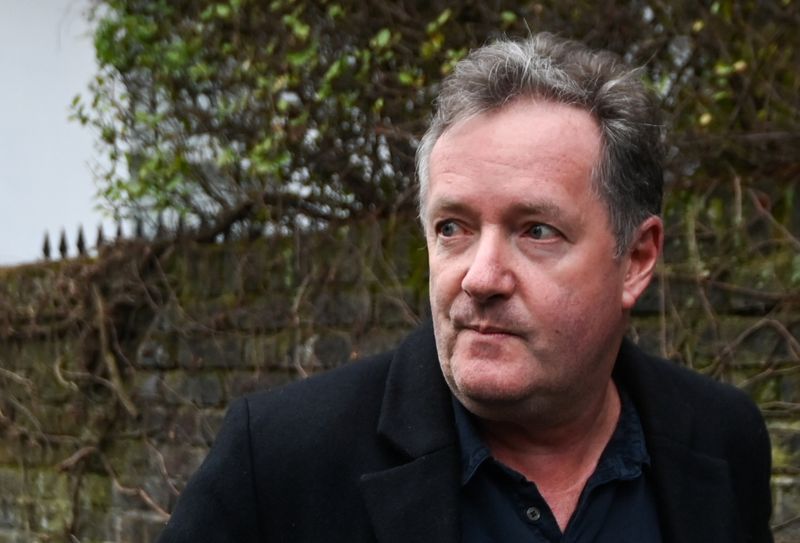 © Reuters. Piers Morgan walks with his daughter Elise in London

LONDON (Reuters) – Shares in British broadcaster ITV plc (LON:ITV) fell on Wednesday with traders attributing at least part of the move to the resignation of television presenter Piers Morgan from his high-profile breakfast slot after his comments about Meghan Markle’s interview with Oprah Winfrey.

ITV confirmed the departure in a statement on Tuesday.

Shares in the broadcaster were down 4.9% in early London morning trading.

“Ratings for GMB will fall a lot we think,” Wilson said.

Asked about the fall of ITV shares another trader said “yes, I think it has a lot to do with it”.ITV shares fall after presenter Morgan leaves broadcaster Add a Comment