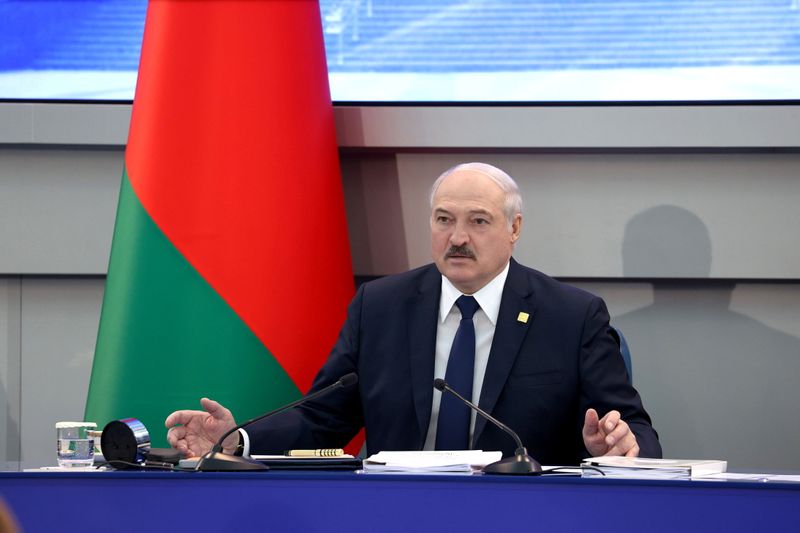 (Reuters) – A film accusing Belarusian President Alexander Lukashenko of spending hundreds of millions of dollars on gilded residences, planes and Rolls-Royce (OTC:RYCEY) and Maybach cars has gained more than 3 million YouTube views since its release on Monday.

The film by the Poland-based opposition news service NEXTA was released as opposition activists gear up for a new round of protests against last year’s reelection of Lukashenko, who has ruled for 27 years and calls himself “the people’s president”.

It echoes a video released by allies of poisoned Kremlin critic Alexei Navalny after his jailing which fuelled mass protests in Russia earlier this year. It showed a palace it said was owned by President Vladimir Putin; the Kremlin said it did not belong to him.

The Belarusian authorities have not commented since the film’s release but Lukashenko last week accused his opponents of preparing a fake story in order to destabilise the former Soviet republic – a close Russia ally.

“I want you to understand: I have been working as president for a quarter of a century, and if there were already some billions, as they say, or palaces, I would have already been torn to pieces from all sides,” he said during a factory visit.

“I did not steal anything from my state, I did not take anything.”

The mass protests that erupted last August over an election that his opponents say was blatantly rigged represent the biggest challenge to Lukashenko’s rule. They dwindled after a fierce crackdown but opposition leaders aim to restart them soon.

A former Soviet collective farm manager, Lukashenko is often seen driving tractors, visiting factories and playing ice hockey to promote his image as a man of the people and has suggested vodka and saunas as a treatment for coronavirus.

The film, titled “Lukashenko. Goldmine”, sparked many comment and jokes on social media, but is more likely to change mindsets outside of Belarus than within, where opinion is now firmly divided, said political analyst Valery Karbalevich.

“The overwhelming majority of the Belarusian society has already determined its attitude to the authorities,” he said.

NEXTA founder Stsiapan Putsila alleged Lukashenko’s Independence Palace in Minsk cost the state budget $250 million and said he had 17 more residences around the country. Lukashenko previously said his cars were gifts from businessmen.

“In fact, the image of the people’s president was destroyed much earlier … the Robin Hood image, an unselfish fighter against corruption, has long been dispelled,” said political analyst Alexander Klaskovsky.

“The purpose of the film is to stir up protest activity.”‘Lukashenko. Goldmine’: film alleging Belarusian leader has gilded life gets 3 million views online Add a Comment