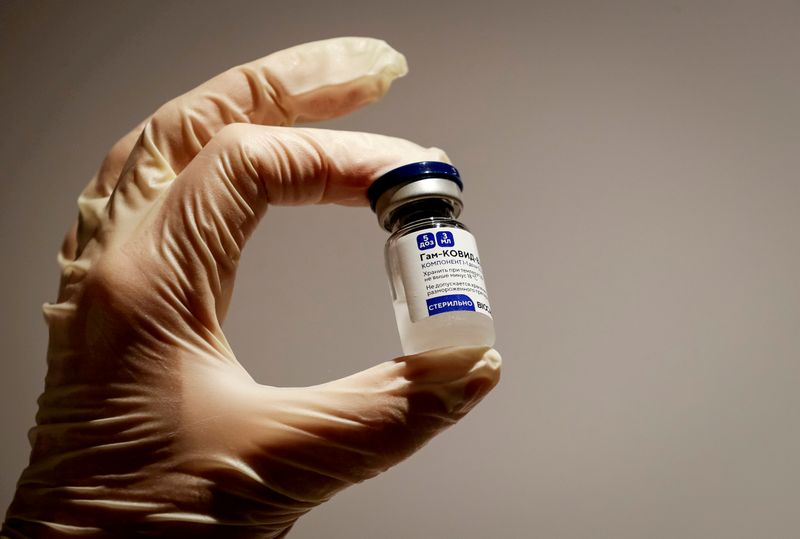 © Reuters. FILE PHOTO: A medical specialist holds a vial of Sputnik V vaccine against the coronavirus in a department store in Moscow, Russia

PARIS (Reuters) – No company in France has signed a contract with Russia to produce its COVID-19 Sputnik V vaccine, a spokesman for France’s industry minister said on Tuesday, appearing to contradict the head of Russia’s RDIF sovereign wealth fund.

“We have not identified a site which meets their requirements,” the spokesman said. “As far as we’re aware, no contract has been signed by a company in France to produce the Sputnik V vaccine.”