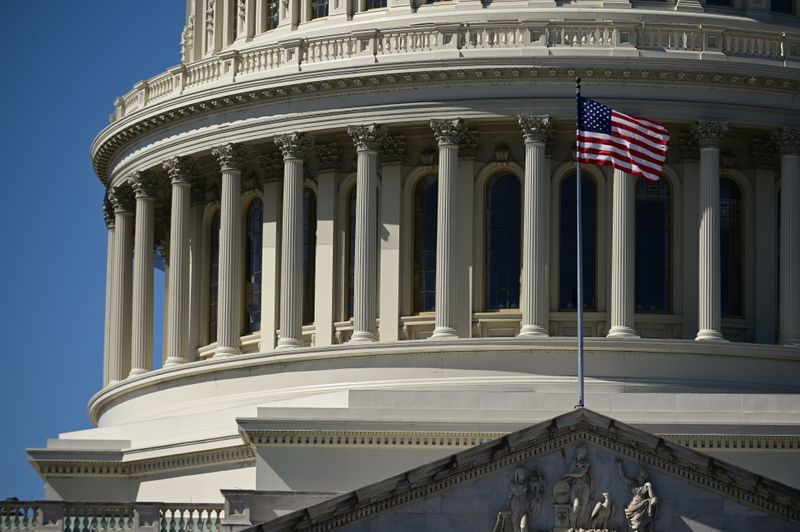 (Reuters) – U.S. House Republicans are weighing whether to join Democrats in getting back into “earmarks” – the practice of loading spending bills with legislators’ pet projects – and a decision is expected this week, two sources familiar with the process said .

The sources said Republicans in the House of Representatives deliberated on the issue twice this week, and sentiment is growing toward embracing earmarks roughly a decade after the party decided to scrap the long-standing practice amid a raft of high-profile controversies. Democrats who control the House agreed to bring back earmarks this year.

A move to participate in earmarks will draw criticism from the Republican Party’s conservative wing, which has long criticized the practice as wasteful. It may also signal that Republicans are willing to negotiate on President Joe Biden’s next major agenda item: a massive infrastructure package.

Earmarks are considered legislative “sweeteners” that Democrats, who control both houses of Congress, can use to dissuade its members from defecting on major bills and attract votes from Republicans who otherwise would reject the measure.

If Republicans agree to participate in earmarks, they are signaling they could be engaged on an infrastructure bill and may be willing to give support if it means getting funding for popular projects in their districts.

“It would certainly suggest members are preparing for talks around the budget and infrastructure,” said a source familiar with the discussions.

Senator Mitch McConnell, who leads the Republicans in the upper chamber, has not ruled out supporting earmarks. However, he would face opposition from members.

“For decades, Congress abused the trust and faith of the American people by handing out earmarks to well-connected businesses, campaign donors, and others who could afford a high-priced lobbyist,” Rubio said.

Earmarks became a hot campaign issue in the early 2000s after a long string of scandals in which lawmakers from both parties secured earmarks to enrich themselves.

In 2005, Senator Ted Stevens of Alaska inserted an earmark to build a $223 million bridge to connect Gravina Island – population 50 – to the mainland. Quickly nicknamed the “bridge to nowhere,” it became a lightning rod for critics.

Republican Representative Duke Cunningham of California resigned and pleaded guilty to accepting kickbacks from military contractors for steering business their way, using his positions on military committees to insert earmarks. In 2006, Cunningham was sentenced to eight years and four months in prison for accepting $2.4 million in bribes.

When Republicans took control of the House in 2011, they banned the practice. Urged by Democratic President Barack Obama, the Democratic Senate soon followed suit. Earmarks have been gone since.

Democratic lawmakers announced earlier this year that they were bringing back the practice, hoping it could solve a few issues, such as keeping their narrow majorities together on big votes, boosting vulnerable members’ re-election chances in 2022 and perhaps attracting Republican support.U.S. House Republicans may follow Democrats in rebooting shamed ‘earmarks’3Comments (3)