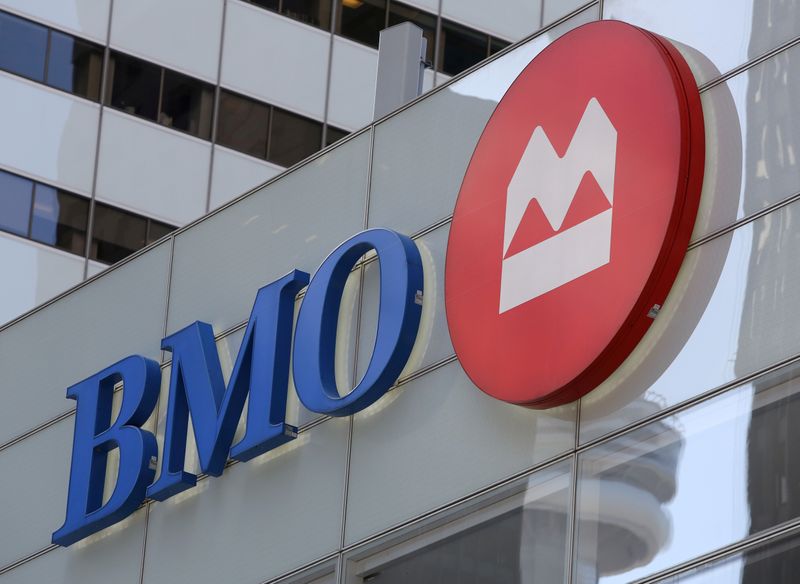 © Reuters. FILE PHOTO: The logo of the Bank of Montreal (BMO) is seen on their flagship location on Bay Street in Toronto

TORONTO (Reuters) – Bank of Montreal said on Wednesday it is targeting net zero emissions in its lending portfolio by 2050 and will double its sustainable financing commitment to C$300 billion ($237 billion) by 2025, but stressed the need to avoid “abrupt” change.

BMO will set an intermediate target for 2030, and is also targeting a 30% reduction in greenhouse gas (GHG) emissions in its operations by 2030 from a 2019 baseline, Canada’s fourth-largest lender said in a statement.

“No doubt this transition (to a low carbon economy) will be disruptive,” BMO Chief Executive Darryl White said in an online address. “While the failure to act is not an option, the sole answer cannot be an abrupt and disruptive change to individual industries that threaten the livelihoods of communities we serve.”

BMO’s Global Asset Management unit will also aim to have only net zero assets under advisement by 2050, it said. The bank also said it is creating a climate institute to find solutions to climate change.

Richard Brooks, climate finance director of advocacy group Stand.Earth, said BMO “is just following the pack” with a climate announcement that “misses the most important point: the need to end financing of the worst carbon emitters – fossil fuel companies.”

“You can’t take leadership action on climate by continuing to fund the expansion of coal and tar sands projects,” he said in a statement.

Rival Bank of Nova Scotia, in its proxy circular on Wednesday, committed to establishing quantitative time-bound targets for reducing GHG emissions in financing operations,, and that once such targets are established, it will report progress on them.