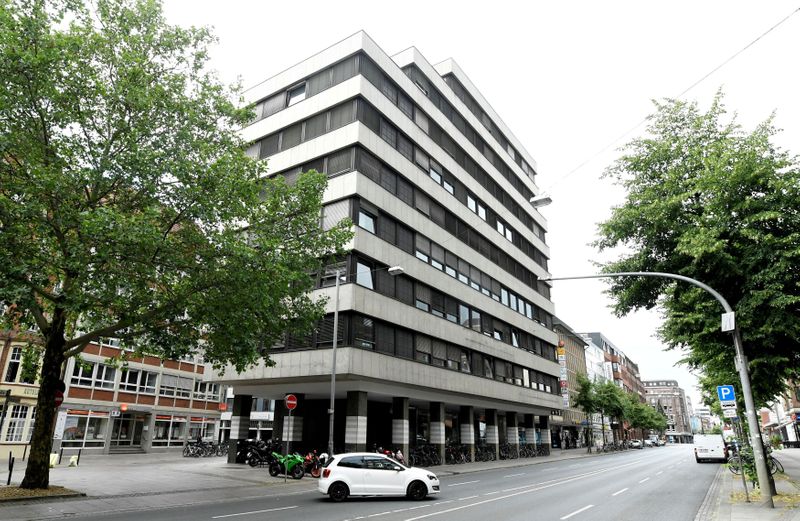 ZURICH/TOKYO (Reuters) – Credit Suisse (SIX:CSGN) faces questions from regulators and insurers as it grapples with the fall-out from the collapse of $10 billion worth of supply chain finance funds linked to Greensill Capital.

The Swiss bank has hired external firms to help with their inquiries in the wake of Greensill Capital’s insolvency, a source familiar with the matter said on Wednesday.

The head of Credit Suisse’s European asset management arm, which sold the Greensill-linked funds to investors, along with two colleagues have temporarily stood aside, the bank said in a memo. Credit Suisse is also taking steps to recover a $140 million loan made to a Greensill company in Australia

Credit Suisse was a key source of funding for the speciality finance firm, selling securities created by Greensill to investors via its asset management arm.

Switzerland’s second largest bank has hired the external firms in order to expedite the process of returning liquidation proceeds from the funds to investors, the source told Reuters.

Credit Suisse has so far made $3.05 billion worth of payments to investors. It has said further liquidation proceeds will be paid out “as soon as practicable”.

There are questions over the insurance contracts that underpinned Greensill’s securities, which were meant to protect investors in the event of a default.

Japanese insurer Tokio Marine, which provided $4.6 billion of coverage to Greensill credit notes, said that it was investigating the validity of those policies which it inherited when it bought Insurance Australia Group in 2019.

A source familiar with the situation said the policies were directly linked to the $10 billion in funds frozen by Credit Suisse.

In a note to investors on Tuesday, Credit Suisse said it had not been informed of any insurance cancellation “until very recently,” and that existing policies from Insurance Australia had remained unchanged.

If Greensill’s lending practices did not meet standards laid out in the insurance contract or were inconsistent with normal accounting rules, then an insurer would have grounds to challenge whether coverage applied, supply chain experts have said.

“We have concerns about the validity of all Greensill policies and are conducting an investigation,” Tokio Marine spokesman Tetsuya Hirano said.

Hirano said that the $4.6 billion worth of coverage attributed to Tokio Marine Holdings in court filings did not reflect the likely loss. He declined to comment further.

In Germany, where Greensill runs a bank, financial regulator BaFin has filed a criminal complaint with prosecutors in Bremen, where the lender is based. The precise details of the complaint are not known.

The funds’ troubles are a blow for Credit Suisse boss Thomas Gottstein, who became chief executive in the aftermath of a spy scandal and just as the coronavirus crisis struck.

The asset management unit behind the Greensill strategy was hit by a large impairment charge on a hedge fund investment in the fourth quarter.

Credit Suisse said in a memo sent to employees on Wednesday that Michel Degen, head of asset management in Switzerland and the EMEA region, was temporarily stepping aside along with managers Luc Mathys and Lukas Haas.

Reuters could not immediately reach Degen, Mathys or Haas for comment. According to their LinkedIn (NYSE:LNKD) profiles, Mathys ran fixed income at the division and Haas worked in credit risk management. Haas was listed as the fund manager for some of the Greensill funds according to various fund websites.

Meanwhile in Australia, two people familiar with the matter said that Credit Suisse had appointed receivers to recover a bridging loan of about $140 million made to a Greensill company.

Credit Suisse was advising Greensill on a potential IPO last year and had lent it the $140 million on expectations the loan be repaid when it listed, one of the people said. Credit Suisse declined to comment and Greensill did not respond to requests for comment.

Greensill was in talks to sell a chunk of its operating business to Athene Holding (NYSE:ATH) – an annuity seller which recently merged with Apollo Global Management (NYSE:APO) – but those talks have been derailed after one of the firm’s key technology partners secured a $6 billion credit facility from a pool of banks led by JPMorgan (NYSE:JPM), one source familiar with the matter told Reuters. Taulia, a San Francisco-based financial technology company that had worked closely with Greensill, expressed concern that the Apollo deal would have affected its own business model, which is based on using multiple banks for financing, two separate sources said, speaking on condition of anonymity. In a statement, Taulia confirmed it had held conversations with Apollo over their plans to purchase parts of Greensill, adding Taulia wanted to continue giving clients “flexibility in the source of funding for early payments.”

JPMorgan, an investor in and strategic partner of Taulia, came to its rescue providing $3.8 billion of an overall $6 billion credit lifeline and reducing the need for an emergency deal with Apollo, the first source said. Other banks including UniCredit, which has a commercial partnership with Taulia, are expected to commit capital and top up the U.S. firm’s credit facility, this source said. UniCredit declined to comment.Credit Suisse shaken by aftershocks of Greensill insolvency Add a Comment