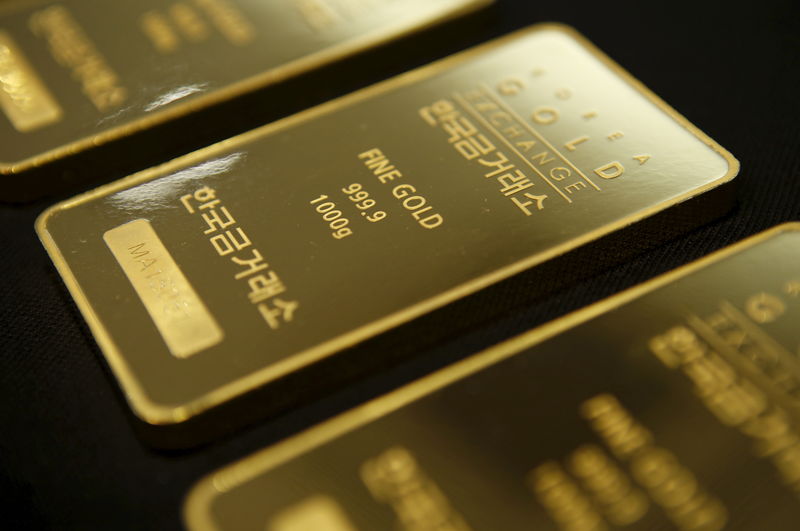 Investing.com – Gold was up on Thursday morning in Asia, hitting a one-week peak as investors digested further progress on a massive U.S. stimulus package and U.S. inflation data that fell below expectations.

“We got a little bit of a shot in the arm for gold when the CPI number came in a little bit softer… the dollar surge abated a little bit and nominal yields stopped climbing, that’s been a positive driver for gold,” IG Markets analyst Kyle Rodda told Reuters.

The data subdued benchmark U.S. Treasury yields, and the dollar gave up earlier gains as expectations that inflation will push higher and exceed the Federal Reserve’s 2% target did not change.

On the stimulus front, the U.S. House of Representatives on Wednesday gave its final approval for a $1.9 trillion stimulus package, which boosted hopes for the U.S. economic recovery against COVID-19.

Investors also await the European Central Bank’s policy decision, which will be handed down later in the day, for any actions to curb rising yields.

Investors were still cautious about the yellow metal, however.

“Gold’s trend is still to the downside. We continue to see real yields pushing higher, and that’s really driven by the optimism around economic recovery, as well as expectations that at some point… central banks will have to unwind policy support,” IG Markets’ Rodda warned.

In other precious metals, silver inched up 0.1% and platinum gained 0.4%. However, palladium was down 0.4%.Gold Up, as U.S. Inflation Data Pushes Treasury Yields and Dollar Lower1