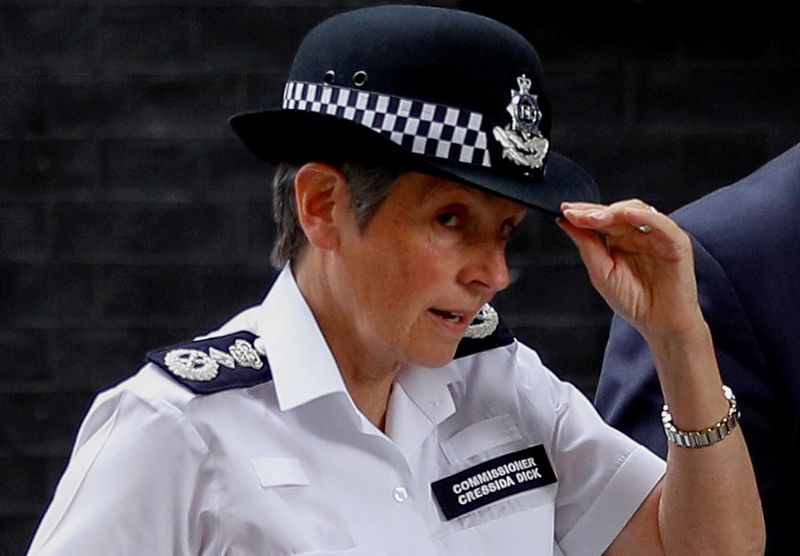 LONDON (Reuters) – Britain’s most senior police officer has sought to reassure women it is safe to walk the streets of London at night after one of her officers was arrested on suspicion of kidnapping and murdering a 33-year-old woman.

Sarah Everard’s disappearance and the announcement that human remains had been found prompted woman to flood social media with posts about the steps they take when out alone at night to keep safe, including clutching keys to use as a weapon and wearing trainers to help them run.

Others detailed a catalogue of incidents of harassment by men in public over the decades since they were schoolgirls.

“These are so powerful because each and every woman can relate,” Home Secretary (interior minister) Priti Patel said. “Every woman should feel safe to walk on our streets without fear of harassment or violence.”

Everard was last seen at 9:30 p.m. on March 3 as she walked home from a friend’s house in south London. Her image, smiling at the camera or caught on CCTV that evening, has been splashed across British newspapers all week.

An officer, aged in his 40s whose job it was to guard diplomatic buildings, has been arrested on suspicion of murder, kidnap and indecent exposure, while a woman in her 30s has also been detained on suspicion of assisting an offender.

Cressida Dick, the head of London’s police force, said she and her colleagues were “utterly appalled” at news a serving officer had been arrested, saying it had sent waves of “shock and anger” through the public and the police.

“I know Londoners will want to know that it is thankfully incredibly rare for a woman to be abducted from our streets,” she said.

“But I completely understand that despite this, women in London and the wider public, particularly those in the area where Sarah went missing, will be worried and may well be feeling scared.”

British Prime Minister Boris Johnson said on Thursday he was shocked and deeply saddened by developments while the disappearance prompted #saraheverard to trend online as women relayed their experiences.

“The message that needs to be sent is that male violence is something that has to be tackled and challenged and the justice system and society has to wake up to that,” said Jess Phillips, the opposition Labour Party’s spokeswoman on domestic violence.

“At the moment we just simply don’t take it seriously as we take other crimes.”

A vigil for Everard is due to be held on Saturday night called Reclaim The Streets.London murder case triggers fear about women’s safety