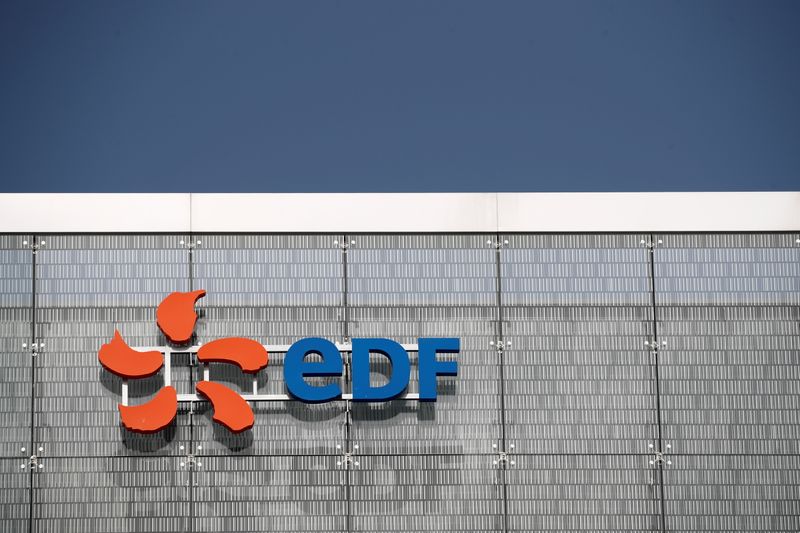 © Reuters. The company logo for Electricite de France (EDF) is seen in Paris

PARIS (Reuters) – Talks between Paris and Brussels over an overhaul of French state-controlled power group EDF (PA:EDF) are entering a final stage, with an outcome expected by the end of March, two union sources and a third person familiar with the discussions said.

One of the union sources briefed on the matter said there was some cause for optimism that a deal could be reached, after discussions advanced in recent weeks, though there was still no certainty on the outcome.

France and the European Commission have been wrangling over a planned reform of the utility and its nuclear arm for months, in a restructuring dubbed “Project Hercules” and partly aimed at helping the indebted group better cover its costs.

Paris and Brussels have been at odds over the extent to which the nuclear power unit and various divisions at EDF need to be kept separate, in order to avoid creating a structure in which all its business would benefit from a form of state aid.

Talks over a deal – which would involve resetting the price at which EDF sells on nuclear power to third party distributors – are entering a make-or-break stage, the three sources said.

“The negotiations are coming to an end, and there some elements that are seen (by France) as positive,” the union source briefed on the talks said. A second union source said a “conclusive” meeting was planned for the end of March.

EDF and France’s finance and energy ministries declined to comment.

“The Commission has ongoing contacts with the French authorities on the reform of the regulated access to nuclear energy and on the hydropower concessions,” a Commission spokesperon said in a statement.

“We cannot prejudge the timing or outcome of these contacts.”

The French government has previously indicated it was not yet close to a deal, and EDF Chief Executive Jean-Bernard Levy said in an newspaper interview published this week that the EU wanted to break up the company, a solution France rejects.

“There is one absolute red line: there will be no break-up of EDF,” Finance Minister Bruno Le Maire told BFM Business TV on Wednesday.

EDF unions have vehemently opposed a reform of the group, including an intermediate scenario of ring-fencing business units put forward by the company and the French state, on the basis that it could be a prelude to a full break-up.

If a deal with Brussels is not reached soon, it may become harder to pass the reform through the French parliament before the 2022 presidential election. Delays will in turns penalise EDF and its ability to invest, the company has warned.

“The National Assembly’s schedule is becoming very tight, and if there isn’t a conclusion soon, this is going to spill into 2022. And politically, it will be difficult deal with this in the middle of a campaign,” Marie-Noëlle Battistel, a member of parliament who specialises in energy policy, told Reuters.Make-or-break EDF restructuring talks seen concluding in March: sources Add a Comment