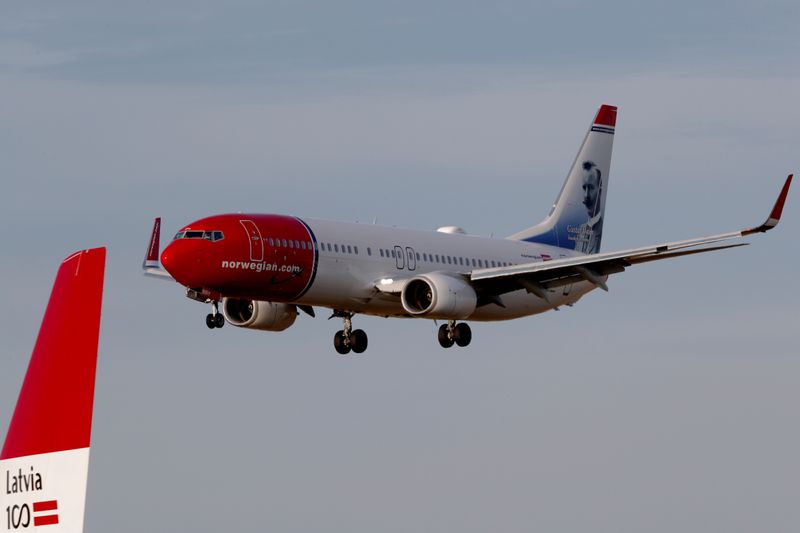 OSLO (Reuters) – Norwegian Air submitted its final restructuring offer to creditors on Thursday in what the budget airline said was a major step in its plan to slash debt and reduce its fleet to survive the coronavirus pandemic.

If approved by enough creditors and Ireland’s High Court, the so-called scheme of arrangement will enable Norwegian to raise new capital and emerge from bankruptcy protection in Ireland and Norway.

“This is an important milestone in the process of securing Norwegian’s future,” Chief Executive Jacob Schram said in a statement.

Financed largely by debt, Norwegian had grown rapidly to become a major carrier by the time of the COVID-19 outbreak, serving routes across Europe and flying to North and South America, Southeast Asia and the Middle East.

“It is hoped that the Irish High Court will make their final decision within the next couple of weeks,” Chief Financial Officer Geir Karlsen said, adding that a separate court process in Norway should be resolved soon after.

“If everything goes according to plan, we will be able to carry out the capital raise in May,” he said.

The updated proposal followed an outline first given by Norwegian in January to cut its fleet to 53 jets from 140 before the pandemic and slash its debt to 20 billion Norwegian crowns ($2.4 billion) from 56 billion.

As part of the plan, the airline must raise 4 billion to 5 billion crowns from new shares and hybrid capital, of which Norway’s government has said it is willing to contribute 1.5 billion.

New investors will receive approximately 70% of the post-restructuring share capital, creditors will get about 25% and current shareholders approximately 5%.

Creditors with unsecured claims will receive about 5% of the original amount owed in the form of cash and a new debt obligation, which will be convertible on certain terms into shares in the restructured company, Norwegian said.

Thursday’s move was made possible by recent progress in court proceedings. Some jet lessors have struck voluntary pacts to end contracts while the Dublin court approved the forced repudiation of others.

Creditors will be able to have their say in meetings scheduled for March 18-20 after which consent will be sought from Ireland’s High Court, Norwegian said.