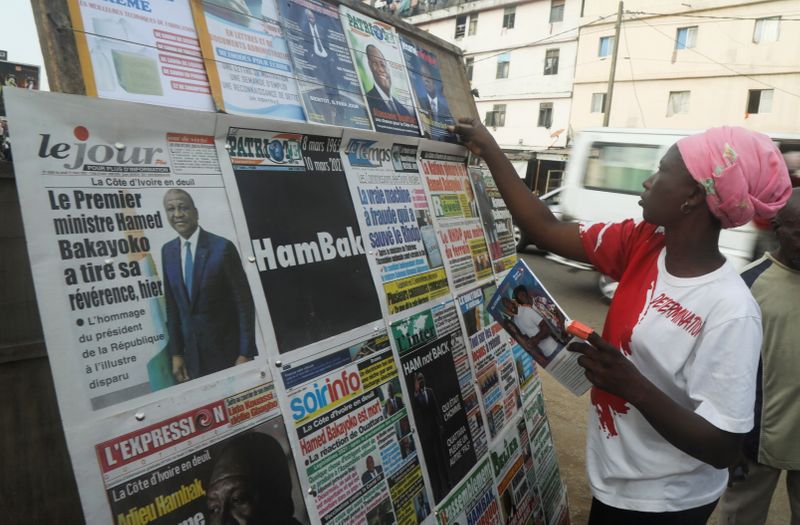 By Media Coulibaly and Ange Aboa

A close ally of President Alassane Ouattara, Bakayoko, who died of cancer a few days after his 56th birthday, was appointed prime minister in July 2020 after the death of his predecessor Amadou Gon Coulibaly, Ouattara’s handpicked successor.

Although Ouattara named his chief of staff Patrick Achi as interim prime minister on Monday while Bakayoko was in hospital, Bakayoko’s passing leaves a vacuum for Ouattara to fill as he continues his search for a potential successor.

“It will be difficult to replace him because of his standing, his way of doing things,” Abdijan resident Maturin Bamouni said. “Even when they are not from his political side, he still managed to sort things out.”

A central figure in Ivorian politics over the past two decades as the country was plunged into a prolonged conflict and a partition, Bakayoko, a jovial character with roots in media and showbiz, emerged as a conciliatory figure, able to talk to all sides of the conflict.

“Bakayoko meant everything for Ivorians, a minister who listened to the whole population, even the opposition,” Abdijan resident Kevin Bigore told Reuters.

His capacity to gain the trust of all sides including former rebel soldiers who staged a series of mutinies in 2017, threatening a fragile peace in the world’s top cocoa producing nation, saw him appointed as defence minister in 2017, and kept the portfolio when he became prime minister.

He ended the mutinies and carried out reforms that helped keep soldiers away from the political scene during the October 2020 presidential election, said Abidjan-based historian and military analyst Arthur Banga.

“He succeeded in building trust between the soldiers, the chain of command and the regime, which contributed a lot to the stability observed from 2017 until now,” Banga said.

Guillaume Soro, a former rebel leader who later led a government with Bakayoko as a minister before falling out with the current government, said he had lost a friend and a brother.

“The circumstances of life have unfortunately led us to take different political paths, opposed and sometimes conflicting, but we have known, above all, to keep and preserve our brotherhood and our mutual affection,” Soro said.Shock and uncertainty after death of Ivory Coast PM Bakayoko Add a Comment