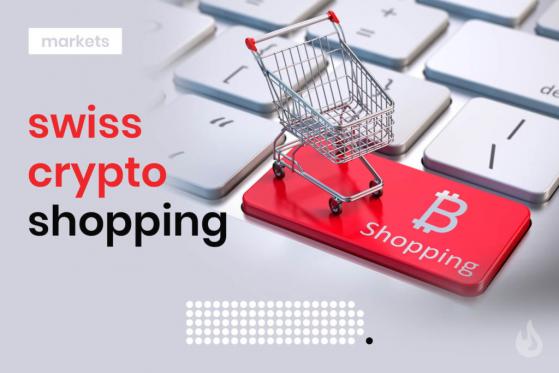 Yesterday the largest department store group in Switzerland Manor started selling Bitcoin gift cards in all 59 branches across the country. Anyone can buy Bitcoin vouchers called Cryptonow in Swiss francs and redeem them through a broker, an exchange, or cryptocurrency ATM.

The news from Swiss retail giants comes when the general attitude towards digital currencies is changing worldwide.

Since last March, Bitcoin has increased more than tenfold when it has shortly dropped below $5.000 as the global pandemic shook up the economies and both traditional and cryptocurrency markets free fell on Black Thursday.

Bitcoin emerged as the best store of value asset and gained massive institutional interest since, resulting in tens of billions of investments. A year after its sudden crash, Bitcoin trades at nearly $55.000.

Bitcoin has broken the ice in terms of institutional adoption. It settled in Wall Street’s portfolios as a new class of investment asset within a year. In terms of the general public and merchant adoption, the situation is changing as well.

The world’s biggest online payment platform with nearly 300 million active users, PayPal announced last year to enable buying and selling cryptocurrencies on its platform. The users can also use digital currencies to pay for purchases. PayPal has nearly 29 merchants worldwide.

Tesla (NASDAQ:TSLA) bought $1.5 billion worth of Bitcoins a month ago and revealed the plans to add Bitcoin as a payment method for its electric cars in the future.

The rideshare giant Uber (NYSE:UBER) considers adding digital currencies as a payment method for its services. About 93 million people used the Uber app every month in the last quarter of 2020.

Apple (NASDAQ:AAPL) Pay enabled the ability to buy digital currencies last year after integrating with the Lumi crypto wallet. Apple Pay accounts for 5% of all global transactions and over 50% of all mobile payments in the United States.

Despite the big companies opening to digital assets, the ability to pay with cryptos for purchases is still narrow worldwide. Meanwhile, Switzerland is famous for its officially positive attitude towards digital currencies.

The country enabled tax payments in Bitcoin and Ethereum in its canton of Zug last month. Named Crypto Valley, Zug is a European home of blockchain and digital currencies.