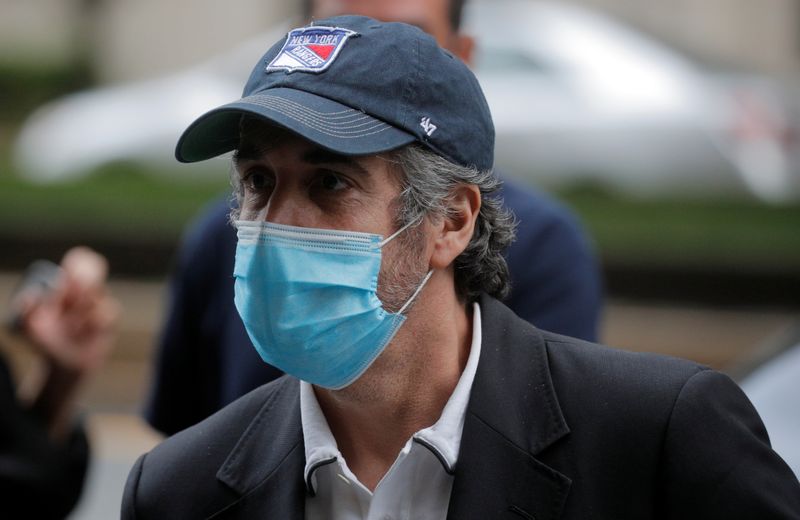 NEW YORK (Reuters) – Donald Trump’s former lawyer and fixer, Michael Cohen, said he would go in for a seventh interview on Wednesday with the Manhattan district attorney’s office pursuing a criminal investigation into the former U.S. president.

After that ruling, Vance’s office obtained millions of pages of records from Trump’s accountants at Mazars USA LLP, including tax returns and the business records on which they are based, and communications between the Trump Organization and its accountants.

Cohen declined to comment on what he expected to discuss in Wednesday’s meeting with Vance’s office, which would be conducted virtually because of the coronavirus pandemic.

The Manhattan district attorney said in an August filing that the office is investigating “possibly extensive and protracted criminal conduct” at the Trump Organization, though he has not fully disclosed the scope of the probe. In a September filing, he said “mountainous” misconduct allegations could justify a grand jury probe into possible tax fraud, insurance fraud and falsification of business records.

In court filings, the Trump Organization has denied wrongdoing. Trump, a Republican, has described the New York investigations as politically motivated. Vance is a Democrat.

Cohen, who had described himself as Trump’s longtime, do-anything fixer, is in home confinement serving a three-year sentence on charges related to payoffs he made during the 2016 presidential race to buy the silence of two women who alleged they had affairs with Trump.

The interview with Reuters was conducted on Wednesday outside his Manhattan apartment building while he was out for a walk allowed under the terms of his home confinement.

Vance opened the investigation in 2018 to examine the alleged hush-money payments. The probe has since expanded to include Trump’s conduct as a private business owner and whether the Trump Organization engaged in criminal tax evasion among other charges.Trump’s former fixer Michael Cohen to meet again with Manhattan DA in Trump probe1Comments (1)