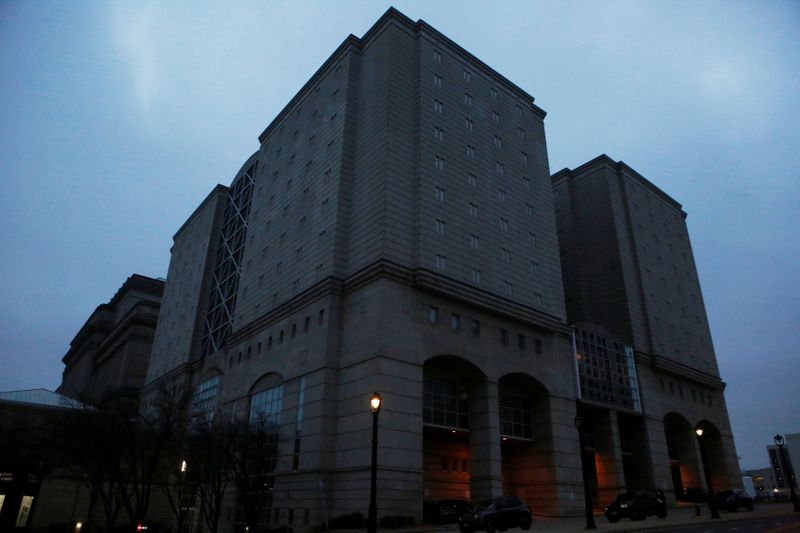 WASHINGTON(Reuters) – The proportion of Americans detained in local jails – where people are locked up awaiting trial or serving sentences for minor crimes – fell to a three-decade low last year as officials raced to ease crowding as COVID-19 spread across the country.

The U.S. Justice Department said in a report Wednesday that U.S. jails held 185,400 fewer people in June than they did the year before, a drop of about 25%. It did not include prisons, where people serve sentences for more serious crimes, or other forms of custody such as detention centers for immigrants.

The conclusion largely tracks the findings of a Reuters investigation last year that documented a crash effort to contain the disease by abruptly cutting the number of people locked up in U.S. jails. Between February and May, the number of people in 471 of the nation’s largest jails dropped by 100,000 as authorities set some prisoners free and largely stopped locking people up for low-level offenses.

The Justice Department found that the number of people jailed over misdemeanors dropped by 44% between 2019 and 2020. Overall, the per-capita rate at which Americans were held in jail reached its lowest point since 1990, a dramatic change in a country that locks up more people than any other nation.

Advocates for overhauling that system had hoped the pandemic could prompt a longer-term reduction in the U.S. jail population. But research by the Prison Policy Initiative last year found jail populations increased in the summer and fall.

“There was a hope that through this lens of understanding how bad the conditions of confinement are, the public would say this is not who we are,” said Lauren-Brooke Eisen, director of the Justice Program at the Brennan Center for Justice, which advocates for curbing the use of jails. “We didn’t see the large-scale decreases hold.”

The Justice Department Study also highlighted jails’ difficulty testing for the disease. It found that jails only conducted enough tests to screen 9% of the roughly 2.4 million people who were admitted to jails from March to June.U.S. jail population plunged as COVID-19 spread, Justice Department says Add a Comment