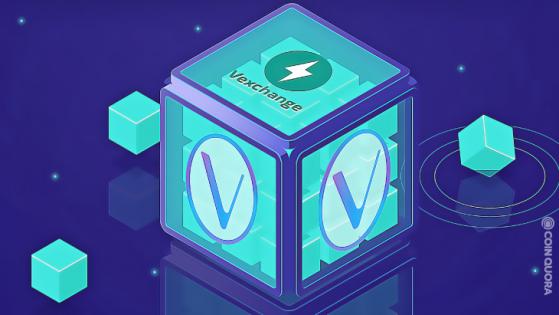 Vexchange 2 Is Set to Launch Its Testnet on March 15

VeChain’s first decentralized exchange (DEX), Vexchange, will release the Vexchange 2 testnet on March 15. They announced this upcoming launch via an official Vexchange Tweet on their Twitter account.

Popularly known as ‘the Uniswap of the VeChain network’, all eyes are on the new Vexchange testnet launch.

Specifically, VeChain Foundation welcomed its first decentralized exchange — Vexchange, back in early October 2020. Moreover, it aims to make it the Uniswap of the VeChain network.

Furthermore, the expansion of Vexchange.io came from the VeChain Grant program. The developers involved received the sum of 20,000 USDT from the plan to build the decentralized exchange.

In the tweet that published the new development, DNV Assurance urged its users to learn how blockchain helped establish their sustainability level using verified data.

On the other hand, VeChain is a blockchain platform designed to enhance supply chain management. It continues to gain global recognition with its tools to verify its authenticity to boost customers’ trust.

More recently, VeChain Foundation got the prestigious ‘Innovative Green Technology’ award at the China Green Economy summit 2020. The new development was announced across their official Twitter page, capturing many images at the event.

The Chinese government hosted the event. Hence, the award highlighted the significance of the brand’s work. This also indicates that VeChain is forging ahead and earning valid recognition for its services.

The announcement saw positive reactions from members of the VeChain community. This is a sign that a bright future awaits the enterprise blockchain project.