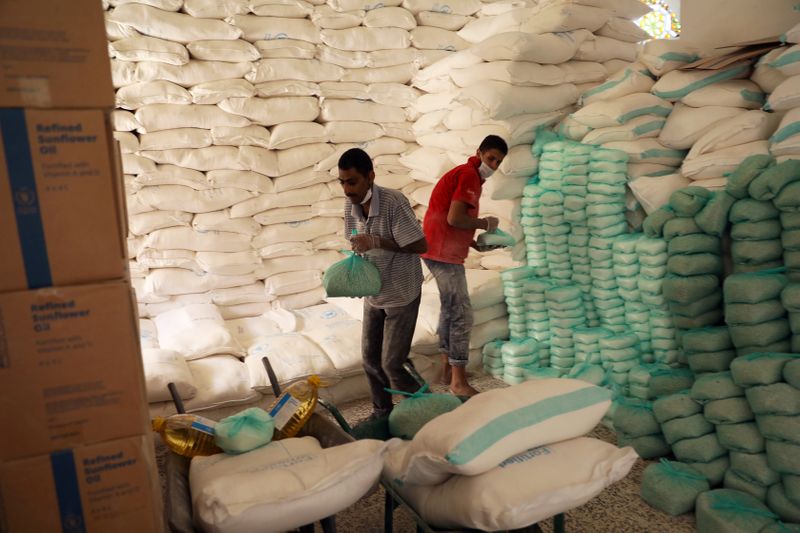 NEW YORK (Reuters) – Nearly 30 years ago a malnourished two-year-old girl died in front of U.S. Ambassador to the United Nations Linda Thomas-Greenfield at a refugee camp in northern Uganda. Two days ago U.N. food chief David Beasley met a starving five-month-old girl at a hospital in Yemen – she died on Thursday.

“What’s the difference today?” Thomas-Greenfield said. “Today we should have better information … We can save lives if we know where to go and if we put the funding toward it.”

Thomas-Greenfield and Beasley both recounted these stories during a U.N. Security Council meeting on food security, where U.N. Secretary-General Antonio Guterres warned that more than 30 million people in over three dozen countries are “just one step away from a declaration of famine.”

“Famine and hunger are no longer about lack of food. They are now largely man-made – and I use the term deliberately. They are concentrated in countries affected by large-scale, protracted conflict,” Guterres told the 15-member body.

He announced the creation of a high-level U.N. task force on preventing famine led by U.N. aid chief Mark Lowcock.

“Parts of Yemen, South Sudan and Burkina Faso are in the grip of famine or conditions akin to famine,” Guterres said. “The Democratic Republic of the Congo experienced the world’s largest food crisis last year, with nearly 21.8 million people facing acute hunger between July and December.”

In war-torn South Sudan, Guterres said 60% of people are increasingly hungry: “Food prices are so high that just one plate of rice and beans costs more than 180% of the average daily salary – the equivalent of about $400 here in New York.”$400 for a plate of rice and beans? U.N. counts cost of ‘man-made’ famines Add a Comment