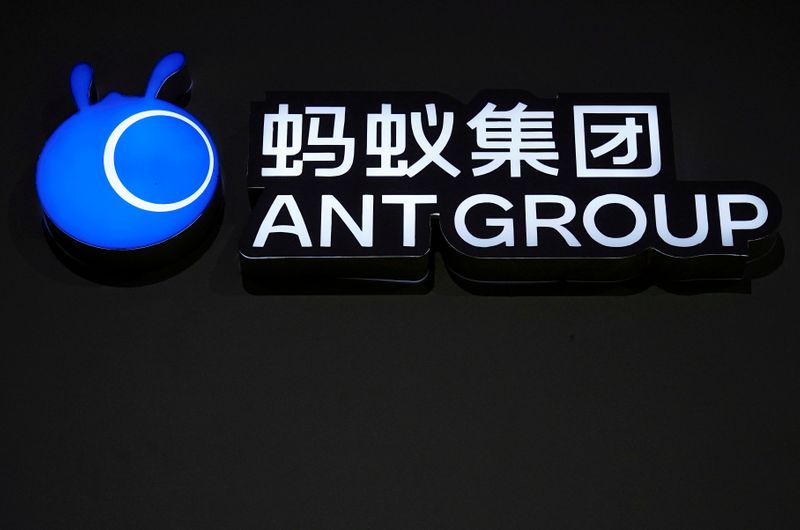 © Reuters. FILE PHOTO: A sign of Ant Group is seen during the World Internet Conference (WIC) in Wuzhen, China

BEIJING (Reuters) – China’s Ant Group flagged a set of financial self-discipline rules on Friday amid intense scrutiny on its activities by authorities and the country’s overall tightening of financial technology regulations.

The rules, the first of their kind released publicly by the financial technology giant, comes some four months after China suspended the group’s $37 billion plan for a share listing in both Shanghai and Hong Kong.

In response to the intense regulatory pressure, the group has been reining in some of its operations, taking steps to bring its capital requirements in line with those of banks, and revamping itself into a financial holding firm.

In a statement, Ant said its consumer loan platforms should not issue loans to minors, and must prevent small business loans from flowing into stock and property markets.

The group’s credit-rating service Zhima Credit will also not be available to financial institutions including micro loan lenders, it said, without elaborating the specific risk of such collaborations.

About Ant’s business restructuring, Guo said there were no restrictions on the financial business it develops but that all of its financial activities should be regulated by laws.