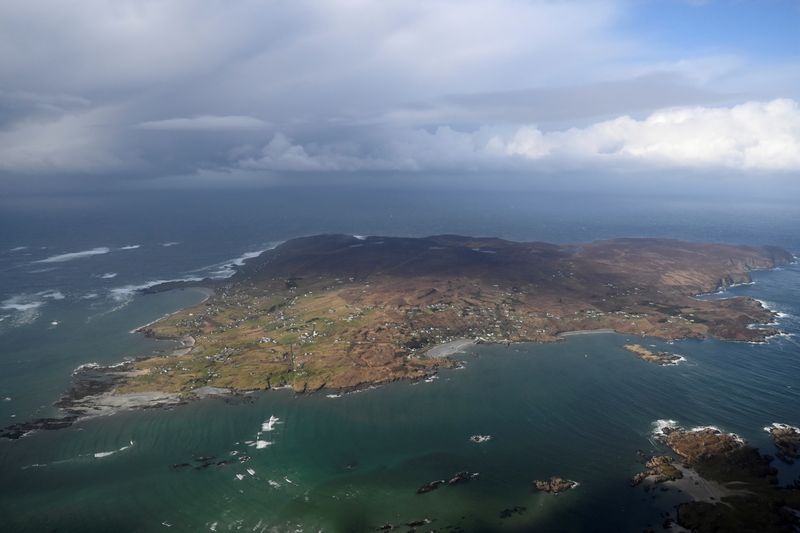 ARRANMORE, Ireland (Reuters) – The army pilots landed their helicopter on the tiny Irish island of Arranmore just before lunch on Thursday and handed over their precious cargo of COVID-19 vaccines to Dr. Kevin Quinn and his grinning daughter Aoife.

The arrival of first batch of shots last month was a “joyous occasion”, Quinn said. Thursday’s delivery of second doses was even more momentous – he reckons he will now be able to fully vaccinate around half the population in the next few days.

With fewer than 500 residents, the remote island off the northwestern tip of Ireland is one of the hardest places to reach in a vaccination programme that, like in the rest of the European Union, has been hampered by supply problems.

The two army pilots took one hour and 40 minutes to fly in from the Casement Aerodrome military air base on the outskirts of Dublin. Aoife, who works as a nurse on Arranmore, helped her father and the crew carry the frozen boxes of Moderna (NASDAQ:MRNA) shots to his car, parked down a lane.

“We’re privileged to get the second doses so soon and grateful of the recognition of the unique need of isolated communities,” Quinn said after seeing the helicopter arrive.

“The mood was incredible after the first vaccine, a lovely joyous occasion and one of the best days I’ve had in general practice.”

Ireland has administered 536,000 vaccines among its population of 4.9 million to healthcare workers, care home residents and the most elderly. Just over 154,000 or 3% of the population have received the second of their two doses.

Army helicopters have also been deployed to drop vaccines to the Aran Islands off the west coast of Ireland.

Two Naval Ships docked in Dublin and Galway were used for temporary testing early in the pandemic, before officers ran a testing centre at the national Aviva (LON:AV) Stadium, with others redeployed to assist with contact tracing.

Personnel are now setting up and managing mass vaccination centres around the country and will soon be involved in the running of quarantine hotels.

For the people of Arranmore, half of whom are above the age of 60, some normality is at last on the horizon. The island is one of a small number of areas where the majority are fluent in native Irish and many use it as their working language.

“With an elderly population and a diaspora that mostly live in Dublin, Glasgow or America, it’s been extremely difficult,” said Quinn. “Hopefully this summer will be better than last.”