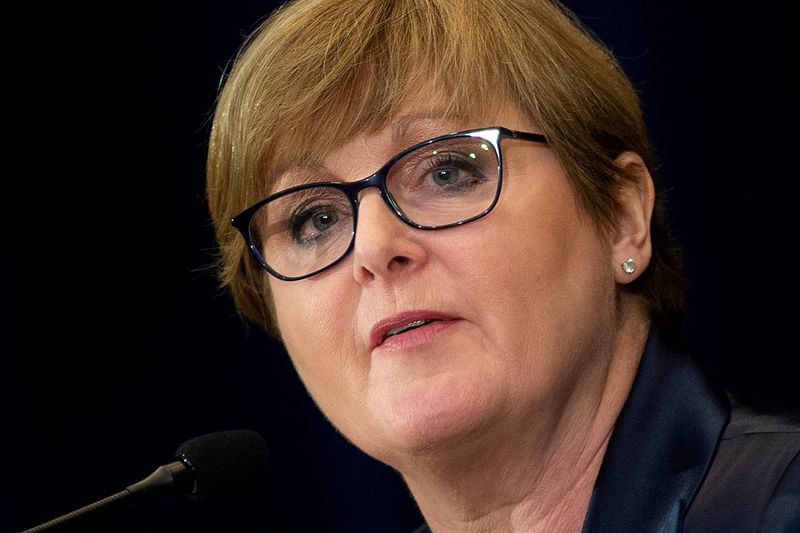 SYDNEY (Reuters) – Australia’s embattled defence minister apologised on Friday and withdrew remarks made about a former staffer in settling a defamation claim by the latter, who had said she was raped in the ministerial office in 2019.

Domestic media had said Linda Reynolds, who is under pressure over her handling of the rape accusation, had called Brittany Higgins a “lying cow”.

Prime Minister Scott Morrison has clarified that the remarks, made in Reynolds’ private office, referred to her frustrations over suggestions that she did not give enough support to Higgins over the rape accusation against a colleague at Parliament House.

In a statement on Friday, Reynolds said she wanted to retract the remark and “unreservedly apologise to Brittany Higgins and acknowledge the hurt and distress it caused to her”.

Reynolds is on extended sick leave after the crisis broke and will miss next week’s parliamentary session.

On Twitter, Higgins said she had accepted the apology, adding that an undisclosed sum forming part of the settlement would be paid to a Canberra organisation that counsels and supports survivors of sexual assault and abuse.

“This has been an immensely challenging period for me and I wish to reiterate that the only reason I have chosen to come forward is to help others,” Higgins added.

Higgins did not immediately respond to an email request from Reuters to seek comment.Australian minister apologises to former staffer over handling of rape accusation Add a Comment