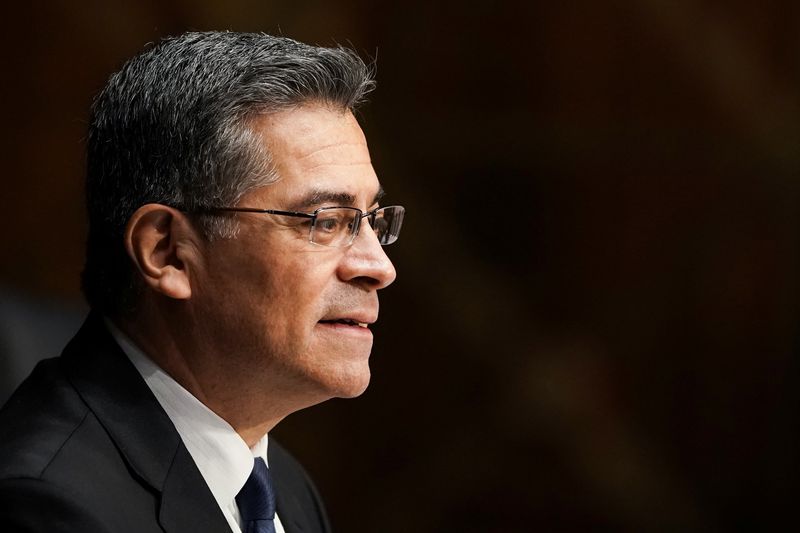 © Reuters. Senate Finance Committee hearing on the nomination of Xavier Becerra to be secretary of Health and Human Services

WASHINGTON (Reuters) – U.S. President Joe Biden’s pick for Health and Human Services secretary, Xavier Becerra, cleared a logjam in the U.S. Senate on Thursday, overcoming Republican objections that Biden’s nominee did not have the right experience for the role.

By a vote of 51 to 48, the Senate bypassed a committee where his nomination had stalled. That puts Becerra on a path to confirmation by the full Senate, possibly next week.

If he gets the job, Becerra would oversee an expansion of the Affordable Care Act that was included in Biden’s $1.9 trillion COVID-19 package, along with other efforts to control the coronavirus.

His nomination had deadlocked in the Senate Finance Committee, where Republicans objected to his lack of healthcare experience.

They also objected to his legal challenge to a Trump administration policy that exempted some employers from having to cover contraception on religious grounds.

Becerra picked up two key endorsements on Thursday as Democratic U.S. Senator Joe Manchin and moderate Republican Susan Collins said they would vote for his confirmation.