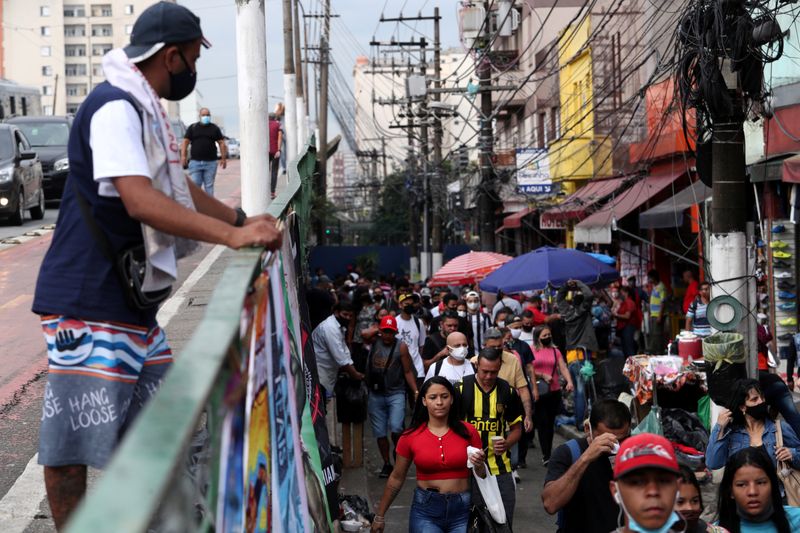 BRASILIA (Reuters) – Brazilian retail sales fell in January for a third consecutive month, official figures showed on Friday, largely in line with expectations and led by declining supermarket, food and drink sales, as well as weakness in the clothing and footwear sector.

Researchers at government statistics agency IBGE said the fall was in large part due to the expiration on Dec. 31 of emergency government cash transfers to millions of poor families to help them through the COVID-19 pandemic.

January’s figures followed a 6.2% slump in retail sales in December, the second biggest fall on record.

Four of the eight segments covered by IBGE showed falling sales in January. Supermarket, food and drink sales fell 1.6% on the month, while clothing and footwear sales were down 8.2%.

On a wider basis, including cars and building materials, retail sales in January fell 2.1% on the month, and were down 2.9% from January 2020, IBGE said.

Since rebounding to record levels in October last year, the volume of retail sales in Latin America’s largest economy has fallen 6.5%, IBGE said.Brazil retail sales fall in January for third month in a row Add a Comment